Sudden Strike 4 has received another addon campaign, this time focusing on the World War II battles that took place in Northern Africa. We checked out the new content on Steam.

Africa: Desert War, as the expansion is called, is the third major expansion for the game in the year since the release of the original game last summer. While the first focused on the familiar battlegrounds surrounding Dunkirk, the second expansion did a great job in highlighting a less familiar arena of operations by shifting the action to Finland. Desert War takes a similar approach, but exchanges the icy colds of the north to Africa’s sandy plains.

As with the previous expansions, the new content is a mix of new vehicles (about a dozen per army), new historic commanders to play with as well as two mini campaigns. For me, the latter has been the main draw for all of Sudden Strike 4’s addons, and Africa: Desert War is no exception. The Axis side is especially interesting this time around, as the mini campaign gives you access to the Italian forces – something rarely seen in real time strategy titles.

The change in venue means that, unless you’re a history/WW II buff, you’ll be seeing plenty of unfamiliar battles unfold. They’re fairly evenly divided between Egypt, Tunisia and Libya, with the battle of El Alamein standing out as a more familiar scenario. New tactical options mainly come from the ability to hide your movements in sandstorms and use that to your advantage.

Despite the new vehicles and commanders, the Africa: Desert War campaign plays and feels similar to the existing Sudden Strike 4 content. That’s definitely not a bad thing though, as it’s been one of my favorite strategy games in recent years. If you’re also still actively playing, then Desert War should be a no-brainer – although I’m beginning to think that Sudden Strike 4 would have benefitted from a season pass-like option for the game. The new mini campaigns are interesting and a lot of fun, and taking charge of the Italian forces is a refreshing change as well, but everything does still feel like you’re playing the same game that came out a little over a year ago. Great news for fans of the game, but Desert War won’t lure in any newcomers.

Sudden Strike 4 Africa Desert Mac Game will send you to the three extensive campaigns all set in the battlefields of World War 2. It’s your chance to lead more than 100 various units into the battle.

For the very first time in Sudden Strike series, you can select from one of nine individual commanders like George Patton or Bernard Montgomery. Each commander have different approaches of the combats and other unique abilities. This is the platform that leads you to the strategic expertise in more than 20 single player scenes.

Your device must meet all minimum requirements to open this game

Your device should meet these requirements for the best experience

If you do not know how to installthe game on your mac, CLICK HERE NOW. 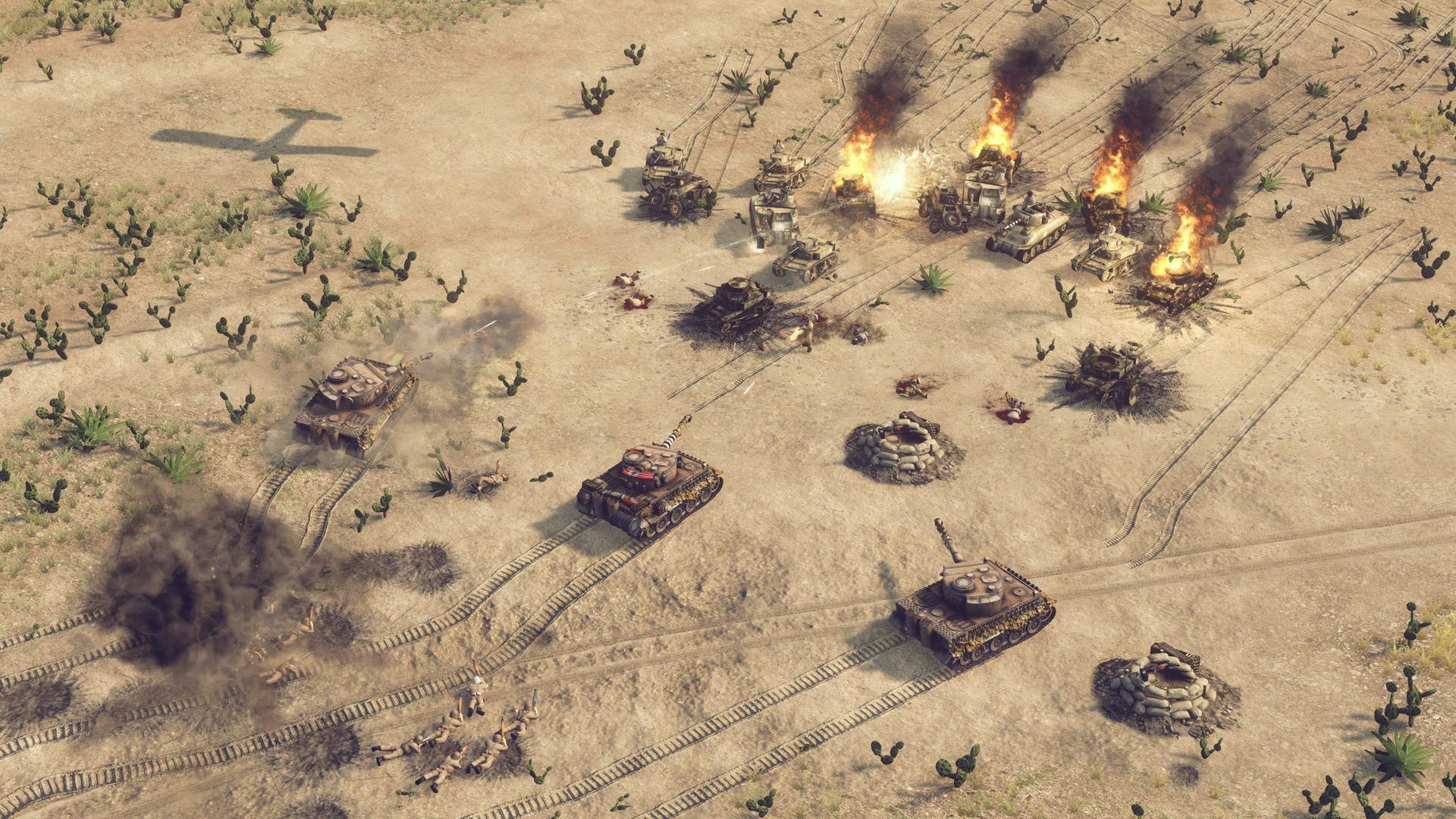