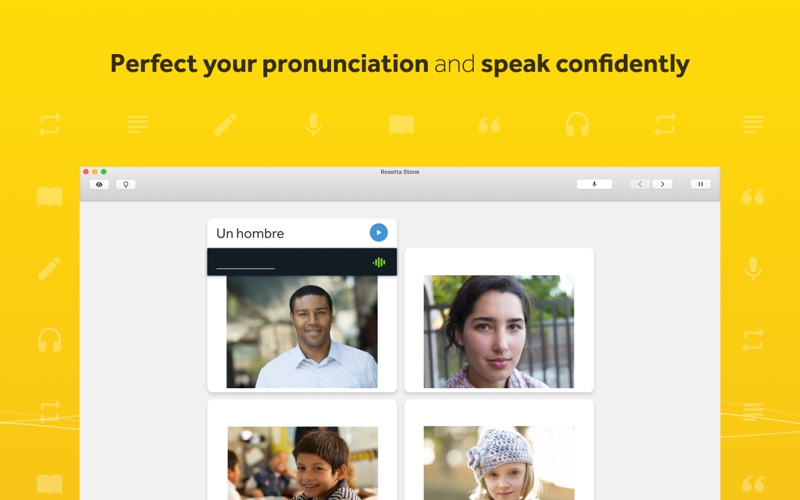 Here are all the instructions you’ll need: double-click the application icon. Behind the scenes, Rosetta dynamically translates most of your PowerPC-based applications to work with your Intel-based Mac. There’s no emulation. No second-class status. It looks and feels just like it did before. On a Mac, you’d expect nothing less.

10.6.8 can be taken to 10.11, but not without following the guidelines below to assure compatibility.

If you find you are compatible only with those operating systems, you may be able to discuss with App Store or AppleCare to get those available for you. First though continue reading this tip as you may not be able to get past 10.6.8 without jumping through many hoops. Note if you update to 10.11, iPhoto and certain printer and scanner drivers may no longer be available.

Rosetta, the application you never knew you had, is gone starting with Mac OS X 10.7 (Lion, Mountain Lion, Mavericks, Yosemite, El Capitan, and Sierra all lack it).

It is not in any shape or form related to the language translation teaching tool by the same name.

It is the background program that lets Intel Macs run applications written for Mac OS X at a timewhen PowerPC Macs were the only thing around (before 2006). It is no longer there to enable their ability to run when you upgrade to the newer systems.It also means that programs with older installer programs may need updating as well, so verify the system requirements do not lackMac OS X 10.7 or later, or drag their installer program into the Applications folder to verify they aren't for PowerPC only.

You'll see later how to determine that with the System Profiler program.

G3 without USB is maxed at 10.2.8, except for the Powerbook G3 250 original Powerbook G3 (also known as Kanga), which could onlybe updated to Mac OS 9.1 (not to be confused with Mac OS X 10.9.1, which is 13 years newer).G3 without Firewire, but with USB are maxed at 10.3.9, except the Powerbook G3 Lombard (Bronze Keyboard) which may have CPU specific issues that limitits upgradeability at all.G3 or G4 of 800 Mhz or less with Firewire are maxed at 10.4.11.PowerPC Macs G4 867 Mhz (on single processor) and above (1 Ghz or higher included), and G5s can upgrade only to Mac OS X 10.5.8, and only support for syncing with iOS 5.x devices and earlier.Intel CoreSolo and Intel CoreDuo can upgrade only to Mac OS X 10.6.8 if they have at least 1 GB of RAM (768 MB is less). This does offer for anyone in the position compatibility with PowerPC applications that don't require drivers, and the latest Adobe Flash support as of May 14, 2014, and support for syncing with iOS 7 devices. For more on iOS support and Mac OS X syncing, see this tip:iTunes/Mac OS/iOS compatibility

It does mean your data if it was in Appleworks, or an older version of Quicken mayneed to go through several conversion steps before you can upgrade to a newer Mac OS X.

It does mean that some newer Macs than July 19, 2011 will be faced with difficulty when approaching older applications. That date is later for some Mac models that did not receive a hardware revision until a later date than July 20, 2011, and that will also be explained later.

Adobe Flash compatibility with older Macs is discussed here, though if you can run at least 10.6.8, you can run the latest Flash:https://discussions.apple.com/thread/4781929

Now this doesn't mean you can't upgrade to 10.7 or later, if you have those older applications, but the workarounds aren't easy,as this tip on virtualizing 10.6 server on 10.7 or later demonstrates. Applications that aren't on this link as 10.7 or later compatible, may only work with the workaround. Alternatively a second hard drive with 10.6.8 or earlier, or second partition with 10.6.8or earlier if supported by the Mac will enable you to continue to use Rosetta. Mac models whose hardware changed (by Apple delivering a new set of hardware to stores) as of July 20, 2011 or later though have to deal with the first work around as their only choice.

The System Profiler application lets you quickly determine if you have PowerPC applications (click on image to enlarge):Note the triangle to the left of Software has to be pointed down for the Applications to become visible.Note the right hand side of the the Applications listing when selected says if you have PowerPC, Classic, Intel, or Universal.PowerPC & Classic indicate PowerPC only. Classic indicates it only runs on a PowerPC with Mac OS 9 running in the Classic environment

or booting into Mac OS 9.

Another way to tell applications are PowerPC only when you have already booted into 10.7 or later, requiring Rosetta, or a different operating system, is their icon in the Dock will have a Do not Enter sign like below:

If everything is good, you can do the following upgrade path:

Any not listed, will have to come from the vendor directly.

Apple provides updates to the printers on that link through these links by vendor:

P.S. Users with PowerMac G3, G4, G5 reading this tip should also read the migration guide before migrating data from those machines to an Intel Mac.

under 'Create new partitions on a disk.' You should backup regardless.

The only Macs that shipped with 10.6.8 or earlier than can run 10.14 Mojave are certain Mac Pros with specific graphics cards.

Lastly, for those with Microsoft Office versions that are too old, there are these alternatives: