Get in your boots and out on the battlefield. It’s 1944 and the heat of the war is more than ever. In this cross-platform WW-2 shooter you take control of axis or ally units in fast-paced combat. You can also play with your friends on foot, in tanks or even on planes. 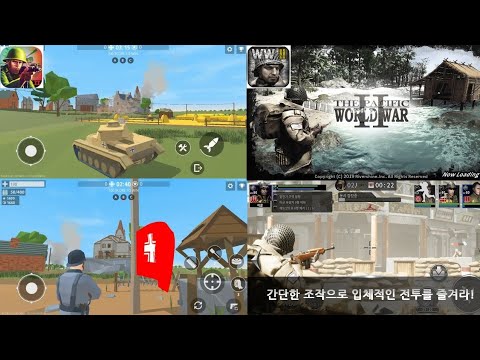 You can instantly tell that this game started its life on mobile devices. It uses the mouse in a touchscreen type of way with you dragging and swiping all over. The game has no controller support or even an ability to rebind controls, add on top the fact you cannot even see the controls apart from on the Hud and you can tell how it’s going to go. Jumping in the game looks nice with it being a polygonal affair and whilst Minimalistic in many ways it’s perfectly serviceable, problem is the maps all allow spawn killing and make it the preferred way to play by having your enemy spawn in the same place over and over leaving the enemy no choice. It’s a third-person shooter with a zoom-in ads style view if you wish. Huns are locked behind your player level and you use war supplies to upgrade them and the vehicles. Gold is the premium currency that you use real money on and it is everywhere from skins for weapons and vehicles to new characters. It maintains its mobile beginnings by having login bonuses and watch adverts for rewards. Raidfield II could honestly be an alright shooter if they took the pc port seriously, having it not use Steam in any way is a big mistake as setting up an account and sending/receiving friend names is a pain in the ass. A few simple tweaks could make the game at least playable but it seems it’s more about making money fast and it’s this mindset that ultimately kills the pc version off entirely, unless changes come in the game will drop into oblivion.