Dungeons are the main mechanics of the game. They contain mobs and bosses, and if completed, they give gold and loot. Currently, there are 11 different dungeons available to play in Dungeon Quest. Quest of Dungeons is a turn based dungeon crawler game. An evil Dark Lord has stolen all the light, so your mission is to enter his lair and defeat him. By playing as either a Warrior, a Wizard, a Assassin or a Shaman you have to traverse dungeons, defeat enemies and loot everything you can in order to survive.

Quest of Dungeons is a turn based dungeon crawler game, a roguelike. An evil Dark Lord has stolen all the light, so your mission is to enter his lair and defeat him. The dungeons layout is procedural so you won't find items/enemies in the same place each time you play. 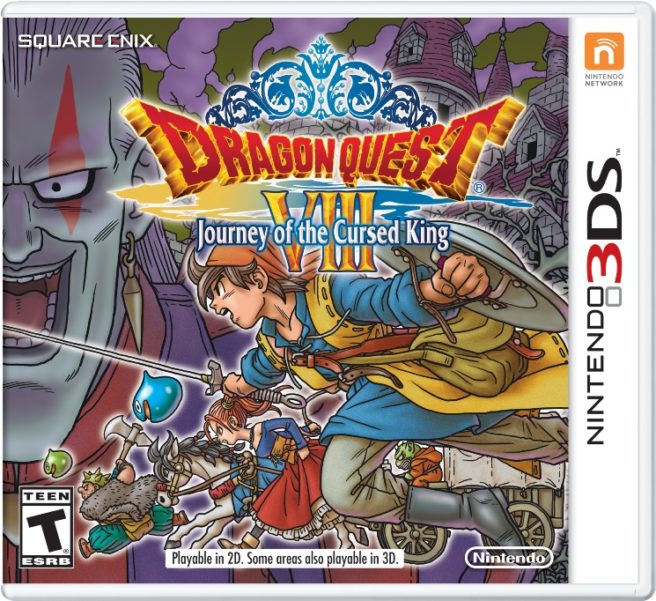 While there are many “roguelike” games out on the Switch, and this game type has really taken the entire industry by storm in recent years, I’d wager many people don’t know a lot about their origin. I’ve heard comments that compare them to old arcade or even puzzle games since they have a concept of permadeath when you die. The thing is, permadeath is only one feature of roguelikes, and there are quite a few others. Part of their essence is randomness, from the layout of the levels to the monsters you’ll face, to the gear you’ll receive. Another essential piece is an element of risk and reward, being tempted with the possibility of a payoff but accepting it could easily doom you as well. Quest of Dungeons has all of these elements and is probably the most pure roguelike I’ve ever played, really feeling like a graphical version of the classic Rogue, that delivers the highs and lows of playing in a true world of chance.

I have no doubt that the simple look of the game will scare some people off. It certainly isn’t pushing the graphical power of the Switch but the game isn’t really about appearances. What is present works effectively, with a variety of monsters, traps, weapons, armors, and other assorted goodies that you’ll encounter in your adventure. You’ll absolutely need to keep your eyes glued to your map, which thankfully can be enlarged when you’re playing in handheld mode, so that you can comb each level in its entirety for gear and treasure. You’ll quickly come to recognize boss monsters (they’re generally a little bigger and some are visually unique as well) and the goldish-hued quest monsters as well, mainly because they’ll typically be the things that kill you. So while the looks won’t knock your socks off they are at least very functional and clear.

What will make or break the experience for people is the gameplay and whether you’re up for a pretty stiff challenge along the way. The opening dungeon is an appropriate appetizer. The second dungeon will give even seasoned players at least a decent challenge, but the third dungeon, it’s quite a slice of hell to complete, and that’s a good thing. In addition you’ll find an option to put together your own custom-defined dungeon, choosing your sizing preference as well as the number of levels you’d like. All in all, given that everything is dynamically-generated, you could beat the game as many times as you like and it will still be a different challenge each time. While the Easy and Normal (the first two dungeons, the third is tougher no matter what skill level) dungeons can be beaten through more brute force means, once you reach a certain point you’ll need to use skill, guile, and have some degree of plain luck to beat the bosses and the quest monsters specifically. Often I’d resort to luring them out, trying to do some damage, and then jumping into a teleport spot or going up or down stairs to fend them off and then come back to the room a different way to get in some easier hits. If you’d just like to put them off closing a door on them is also effective, but in general you’ll need to return as the experience and gear from defeating them is necessary to survive what awaits on the next level as things consistently get tougher as you go.

In your fight you’ll initially have four classes to choose from: Warrior, Wizard, Assassin, and Shaman. There is at least one additional class that unlocks as well that’s a really nice surprise from a like-minded indie title. Each class has their own style and concerns and each can be viable once you figure out how to use them well. For ranged classes you’ll always want to carefully proceed so you can maximize your opportunities to sap monsters’ health before they can get in range. For the up-close you’ll want to very carefully keep an eye on your health, and for the magic-users you’ll additionally need to mind your mana reserves. Each class will begin with a base skill but will be able to randomly acquire additional skills over the course of the run. Some skills are more useful than others and you’ll need to experiment to determine which ones are most effective in which circumstances. Perhaps the most important thing to note here is that skills all have cooldowns and require a turn to use. Once you use one skill you are free to switch to another and use it as well. A simple note but it makes a big difference if you aren’t aware of it.

Quest of Dungeons, for many people, will initially live or die upon its looks unfortunately and if you enjoy a challenge that plays very well in handheld mode I encourage you to give the gameplay a look. Underneath the old school pixel graphics is a rewarding and challenging roguelike experience, one that will probably bring you closer to the original Rogue than anything else you’ll play. The RNG (Random Number Generator) Gods are strong with this title, and though they are often quite cruel when things roll on your side it can be a great feeling. What’s great is there is ample room for strategy and success (as well as humiliating failure, granted) as you encounter the biggest challenges in the game. Why settle for your fate when you have an opportunity to change it by being a tricky bastard? Quest of Dungeons has consistently surprised me with its adherence to the core roguelike formula, with all of its randomness, while also maintaining a consistent degree of challenge.

Add to the discussion!
Switch