OS X El Capitan: 6 great Photos extensions you can use today I simply can’t stress enough how effectively extensions help transform Photos on a Mac into a professional quality imaging application. Affinity Photo is a past Apple Mac App of the Year Winner and the professional tool.

Apple is a company photographers and videographers follow with a mixture of excitement and dread. On the one hand, the Cupertino-based computer and software maker has given us the iPhone and a host of great hardware and applications for editing and sharing imagery. On the other hand, they have discontinued things dear to many, forcing inferior follow-up products on us. As is the case with the premature death of Aperture in favor of Photos. But by integrating Photos with Affinity Photo through extensions, you can restore some functionality to the program.

Before I go further, let me point out that what I'm suggesting here will only work for very specific use cases. I tend to avoid a lot of post processing. For some uses, such as quick online postings or Instagram, I need a program that will take my pictures from scans or raw files, apply some corrections in terms of shadows, highlights, exposure, brightness, and tonality, and then let me get on with life. Photos is not good enough for this yet, but it is the application in which all my iPhone snapshots automatically appear. If I use an Eye-Fi card or Apple's camera connection kit for iPads and iPhones, that's also true of photos I've taken on the go with more serious cameras. If you're looking for the path of least resistance from capture to finished product, sometimes saving extra steps in transferring images is worth the trade-off of putting up with a less-than-ideal software solution.

The obvious question regarding this combination is likely some version of 'Yes, but… why?' Fair enough. Here's why I like this combination. I'll admit, I am not a Photoshop native. Although I've worked with some version of the grand master of editing programs – the one that became the default to the point where its name is now a verb – on and off for over a decade and a half, the two of us never clicked. I loved Lightroom when it first came out in a beta version, but stopped using it in favor of Apple's Aperture a few years later. While Aperture was a good program, this was a bad decision.

For me, the draw of Aperture when it was still current was not only its much lower price point than Lightroom, or its seamless integration with a Mac-based workflow. It was also the fact that you could easily switch between having a simple, quick interface that integrated with online image-sharing services, most prominently Apple's own photostream and iCloud, by using iPhoto, and one that let you do most of what I would typically need to do to an image by using Aperture. All you needed to do was open the library file you were working with in one or the other. Since Aperture was abandoned, I've been casting about for an alternative. Apple's Photos is nowhere near the level of usefulness. Enter Serif's Affinity Photo and its extensions for Apple Photo.

Affinity Miniature allows for a tilt-shift effect to be applied.

There isn't much to set up once you have Affinity Photo on your machine. The software itself is $49 on the Mac App Store. If you haven't heard much about it: it's a very affordable Photoshop alternative certainly worth a look.

Once you have Affinity Photo installed, six plugins, or extensions, will show up in Apple Photos' extension rider: Affinity Develop, Haze Removal, Liquify, Miniature, Monochrome, and Retouch, as well as an option to edit the image in Affinity Photo proper. Click on any one extension and go edit your picture. Saving the edits will take you back into Photos, where you can then select to apply more of Affinity's plugins, or tweak your image further using Photos itself.

Affinity Monochrome lets you fine-tune a black-and-white conversion right from the Photos app.

Apple Photos and Affinity Photo make for a more powerful combination than I first thought. If you're looking to quickly retouch a photo taken on your iPhone that's in Apple's cloud already, it's a near-seamless solution. You wouldn't really expect me to recommend this combination for serious editing work, though. I won't. Lightroom's (and formerly, Aperture's) mere existence has proved that we want professional software to organize and quickly tweak our images. When more excessive processing is called for, Photoshop still beckons – or, depending on your needs, Affinity Photo as a standalone program. 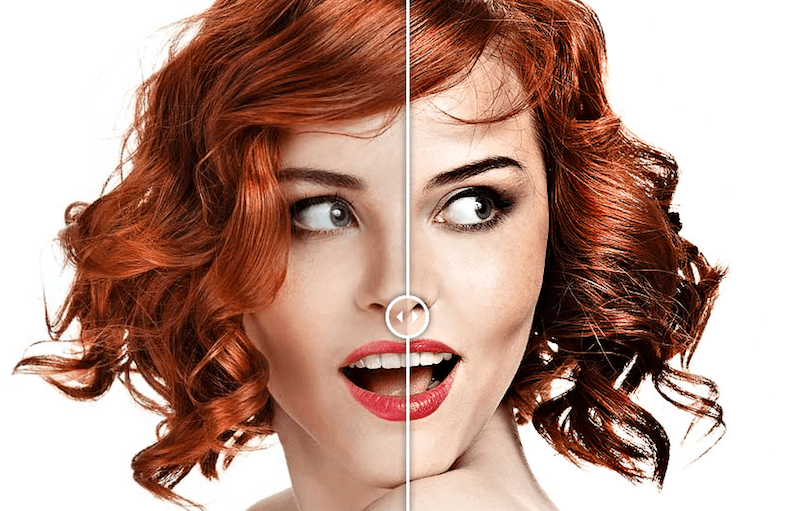 The most glaring drawback of using an application like Photos with a more serious, capable application by another software maker such as Serif's photo editing application is simply that it's a workaround. Lightroom, Aperture, Photoshop, and Affinity Photo as standalone programs are capable of using plugins by themselves. I have long used the excellent and free Nik Collection for a large range of filtering and editing tools.

Since there is no way to integrate this directly into Photos, in order to use it you would be forced to first go into Photos' editing mode, then open the extensions section, select 'Edit in Affinity Photo' to send the image from Apple Photos to Affinity, and then edit it there with your choice of plugin. If your eyes just glazed over reading this: it's not at all more straightforward actually doing it.

The final edit fixes the white balance, removes a blue color cast, and brightens the shadows.

The combination of Photos and Affinity Photo's plugins is nowhere near a replacement for Lightroom or the defunct Aperture, but if you're looking to use Apple's free software to do some heavier-than-normal lifting, it may just be the ticket.