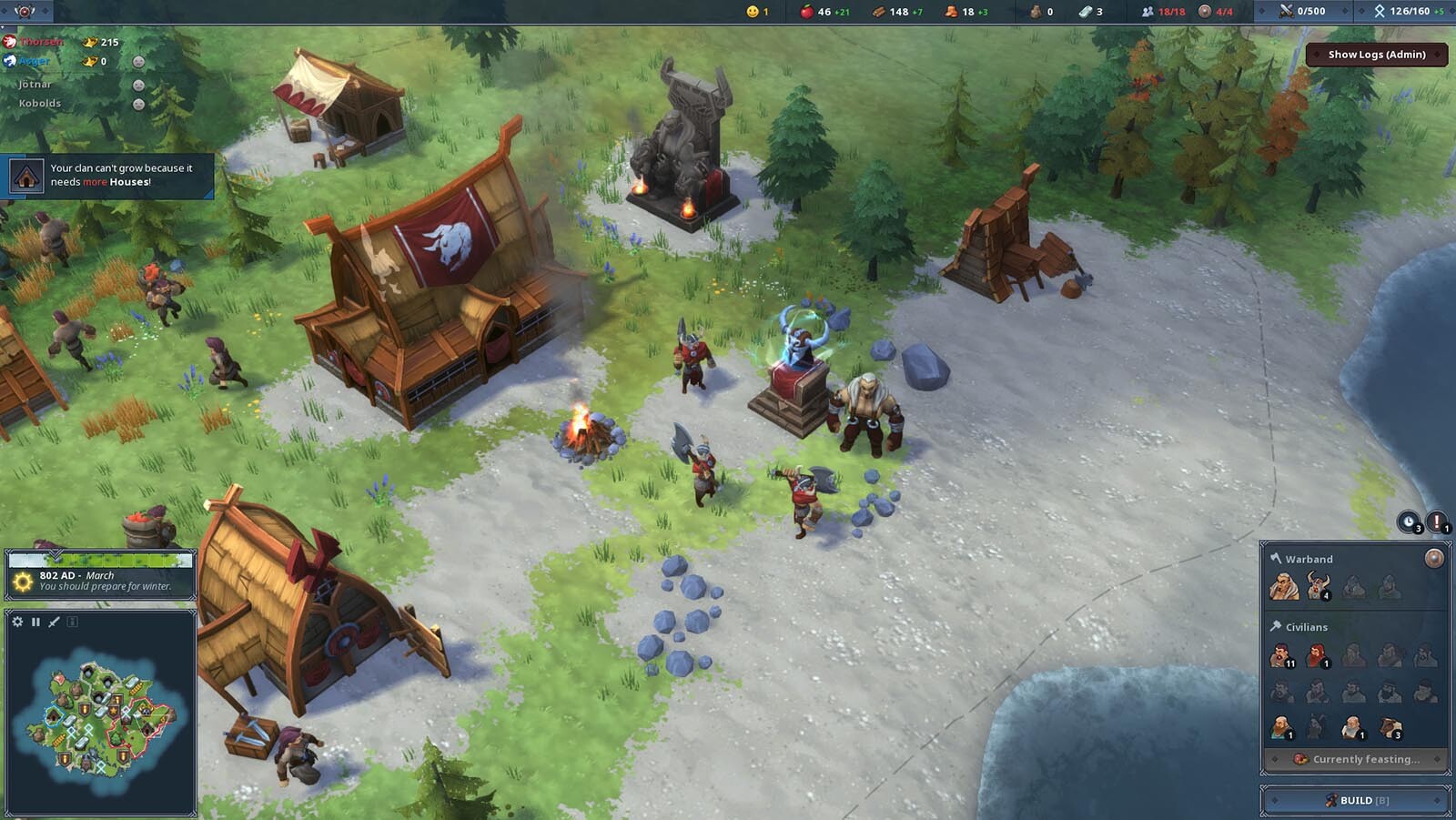 Led by Torfin, an ancient leader who returned to help his progeny, the Clan of the Ox is known for its tremendous might and unrelenting devotion to its ancestors. While they may not be the fastest starters, once they've gained some momentum, they can crush anyone and anything in their way.

Clan of the Ox is a military focused clan that can form one of the most powerful armies in the game. Torfin is extremely powerful but also very expensive compared to other warchiefs, so care must be taken to ensure his survival.

Every non-villager unit receives a 4% production bonus for each military unit you control.

Unlocks Ram ability for Torfin, which can target an enemy building with a powerful charge. It causes Torfin to run towards it and destroy it in one headbutt, causing fear amongst enemy units on the way. A few buildings are immune to this attack : non-clan buildings, carved stone and Townhall.

Aegir : Torfin can use Provocation : All enemy units and towers target Torfin during a short period and his defense is increased by 100% for 6 seconds.