It has been a full decade since Kanye West unleashed the greatest album of all time.

If this sentence makes you recoil, then allow the rest of this article to make up for it. As always, context is needed to back up such a bold, superlative claim. Luckily, context is abundant for “My Beautiful Dark Twisted Fantasy” (MBDTF) (2010).

You almost definitely know about Kanye’sHennessey-aided stage storming of Taylor Swift’s MTV Video Music Awards acceptance speech in 2009. A piece of pop culture that can be viscerally recalled using a mere four-word quote, “Imma let you finish,” this moment simultaneously elevated Kanye to his greatest celebrity and sunk him to his lowest approval rating. Even former President Barack Obamaweighed in.

Though he had released “808s & Heartbreak” (2008) shortly after his mother’s death, “MBDTF” was really the first piece of work that found Kanye in a different stage of his life. “808s” was the transitional album from “Old Kanye” to “New Kanye,” with “MBDTF” completing the evolution. During the summer prior to the November release of “MBDTF,” Kanye and Amber Rose ended their two-year relationship — West’s highest-profile relationship by that point. Drawing from the pain that he caused to others and to himself, Kanye fashioned his magnum opus.

One thing that is inarguably true about any Kanye record is that it expresses exactly where his head is at the time of creation. “The College Dropout” (2004) saw an unknown artist with globe-trotting aspirations and a five-beats-a-day-for-three-summers drive, rapping about his desire to abandon the life of a retail employee and fly off on a spaceship. “Late Registration” (2005) found an up-and-coming star musing on the morality and meaning of what his life was becoming, having accomplished the goal of fame but trying to balance it with who he was before.

“Graduation” (2007) captured the end of a transformation for the hip-hop king — a shedding of the humility that comes with being unproven and the donning of an attitude shaped by fame and status. The aforementioned “808s & Heartbreak” caught the supernova of a celebrity, a beautiful and tragic explosion triggered by the death of his greatest love, and the realization — whether true or just a wishful thought — that he would never sacrifice a real life for the fame and flashing lights.

This is where “My Beautiful Dark Twisted Fantasy” enters. It is the culmination of all his work prior, and it is the breakthrough of thought and narrative that had been building up in a genius since he crashed his car and rapped about it through a wired-shut mouth.

So much can be said about each song, but it would really be better to just listen intently, cover to cover, than for me to attribute meaningless adjectives to the 13 tracks and you to derive any sort of enrichment from such a thing. Instead, there are a few structural aspects to the work that should be highlighted, and for a listener to take notice of as they make their way through. Each song tells its own story, in its own way. “Power” opens with a chant and clapping, then leads into a short rap introduction before exploding into a bombastic, prog rock-backed chorus, jumping back and forth between chorus, verse and King Crimson sample. The track then descends into a contemplative outro featuring two different voices alongside a trippy synth fighting against the King Crimson sample, a maniacal laugh and an enraged guitar. “Runaway” begins with the same piano note 15 times, then slowly adds layers — the drums first, then a Rick James sample, followed by Kanye’s strained singing voice and shifts to verses that tread the line between rapping and singing before landing on a bridge that precedes and prepares us for the release of anguish that is the three-minute outro — distorted and melodious, unintelligible and brilliant, messy and sharp cries that transform pain into art and pierce the soul by way of vocoder.

At the same time, the tracks make up a greater, overarching story.“Dark Fantasy” opens the album with Nicki Minaj narrating a cautionary tale on fame. “All of the Lights” continues the motif oflights that had been woven into his previous albums, but this time with Kanye having the most visceral and negative reaction to their brightness. The four-song stretch of “Devil in a New Dress,” “Runaway,” “Hell of a Life” and “Blame Game” is a story within a story. We learn of a failed relationship — or, really, many different relationships — and we follow the fallout through the eyes of a man who is angry, arrogant, shameful, guilty, disgusted, deprived, regretful and remorseful, all in the span of just over 28 minutes. “Who Will Survive in America” closes the album without Kanye coming to a conclusion. The nearly 67 minutes before the closing track don’t bring Kanye any closer to knowing where his life would go. He has voiced everything he could think of, but there was never a guarantee that doing so would lead him to an answer. A weight has been lifted off his chest, but all he can do at the end is ask more questions.

A character study comparable to James Joyce’s “Ulysses” (1922), Leonardo Da Vinci’s “Mona Lisa” (1503) or Paul Thomas Anderson’s “There Will Be Blood” (2007), “My Beautiful Dark Twisted Fantasy” is music at its peak. It is a novel of sound, a portrait of vibrations, a film of frequencies, amplitudes and wavelengths so meticulous, so maximalist and so masterful that it deserves a shelf in the Library of Congress, a room in the Louvre or an Oscar.

To supplement the musical experience of “MBDTF,” one should look at the accompanying albumartwork by George Condo and theshort film “Runaway” (2010), titled after the album’s centerpiece.

Though a 10-year anniversary means nothing more than the Earth’s having rotated around the sun 10 times, at least it reminds us to clear off our schedules and sink into the fantastically beautiful, dark and twisted mind of our generation’s greatest musical talent.

Last night Kanye West finally unveiled all five of the covers for his upcoming release, My Beautiful Dark Twisted Fantasy during a Ustream interview. After a couple rumored covers—including an Olive Oyl cover inspired by the old Popeye cartoon—and even XXL’s suggestions for possible covers CLICK HERE.

While the first four are images we’ve all seen before, the fifth and final one will not be available until the album drops November 22. Still an obscured clip of the fifth cover was snagged from the Ustream interview. Now the question is: which of Kanye’s My Beautiful Dark Twisted Fantasy album covers do you like the best? We threw in two bonus covers just for kicks.

GO TO LAST PAGE TO VOTE 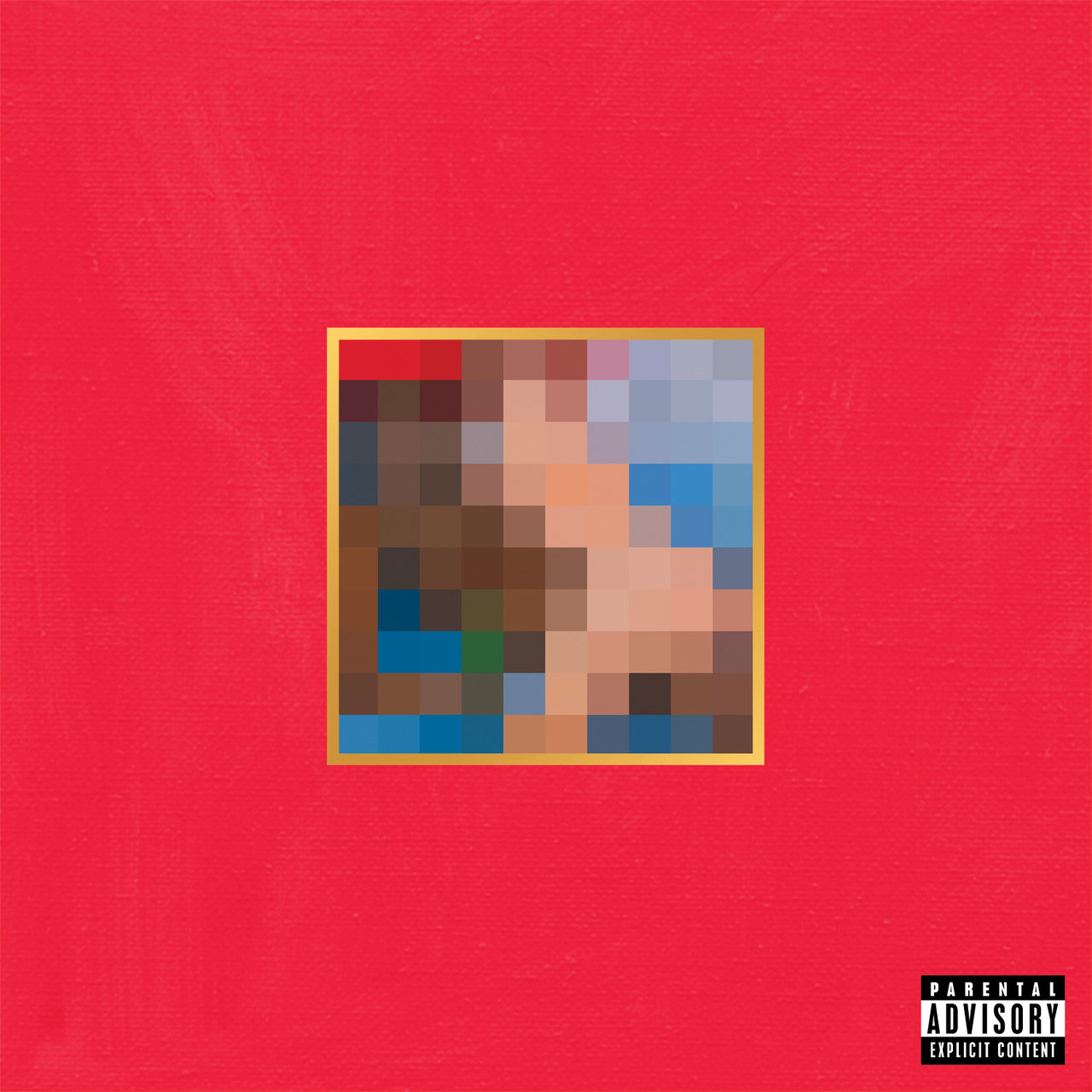