To participate, you need to purchase Mirror: Songs of the Maidens on Steam before 9:00 Jan 25, 2019(UTC/GMT+8) and playtime of Mirror should each be more than 6 hours. You’ll be assigned a random number from 0 to 99999. Zulu maidens gather during the annual Umkhosi Womhlanga at Enyokeni Royal Palace on September 07, 2019 in Nongoma, South Africa. Female dancers of the large royal family of Swaziland perform at the annual 'Umhlanga' dance in Ludzizini, Swaziland, 30 August 2015. 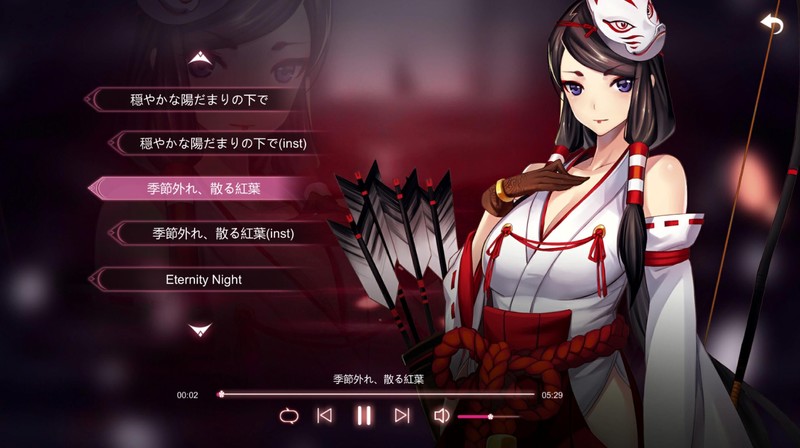 2007... we hardly knew thee! I'll be doing a full ritual 'State of the ReMix Address' sometime in the next couple weeks, but a short preview synopsis would basically be something like: It was a fantastic year for the site, but a depressingly minimal year for me personally as a ReMixer. I'm very proud of my single solitary Tifa collab with Jesse, don't get me wrong, but I had intended for '07 to be my 'return' as a more prolific ReMixer. Indeed, I *do* in fact have 7 or 8 WIPs in various states of completion, but unfortunately none of them came to full fruition save for Short Skirts. Several of those WIPs are vocal, and I've also got an inkling to do an arrangement of this classic theme from Wizards and Warriors. Alas, none of it happened this year, so New Year's Resolutions are all I can give you. Trenthian, on the other hand, gives us a great mix that happens to be both vocal and from W+W. It's almost as if he's on a personal mission to compensate for my inadequacies!! But I kid... Honestly, most if not all of the mixes I started in '07 SHOULD see the light of day in late '08, and the reason they've been delayed is that I've been head-down in a boatload of development work on the site. I'll go into limited detail at MAGFest and in the afforementioned address, but some of that dev work will simply remain secret until it's unveiled, hopefully in Q1 2008. You'll have to trust me that I'm not simply slacking off and playing Super Mario Galaxy while claiming to be coding ;)

In the meantime, however, there are tons of folks who get to work on far more fun stuff like actually MAKING music, and while I'm jealous as hell of them, I'm also extremely grateful and continually impressed. Trenthian goes where no Trenthian has gone before, at least in these parts, with a vocal mix (!!) that creatively lends narrative to one of the classic themes of VGM. I'm a huge fan of bazooie's Theme, so I walk into any vocal rendition of this melody with high expectations, but the-John-so-nice-they-named-him-twice delivers. In his submission email-cum-informercial, John St. John writes:

'Id like to offer you a chance to 100% FREEEEEEEE do somthing or other.
Listen to our exciting commercial offer.
What is included with your subscription?
1. Vanished Princess (read: Varnished)
2. Medieval Electric Rennaissance Disco Butt-Rock
3. Trenthian Singing for the lulz
4. Brothersynthe Guitar Solo
2. Electric Recorder Solo.
5. WEARY!
6. It's More likely than you think.
'

Cryptic, and yet so... Trenthian. This is an epic, 6+ minute synth rock fiesta, with appropriate lyrics, enthusiastic and enjoyable rockout vocals, and instrumental wonders aplenty. I'd also like to point out the downright intense number of Johns involved - it's a ReMix by John St. John, involving long johns. On the John-o-meter, I'm pretty sure this is the best ReMix we have, with up to 300% more John than other mixes, including some of my own. If you listen to it on the john at Long John Silver's, you may in fact OD from the sheer Johnitude. 'Brothersynthe' is a pseudonym for John's guitar solo emulation persona, as the guit solo here is indeed fake, but very credible and - more importantly - musical. Palpable writes:

'Very very creative arrangement! The transitions between source songs are flawless and the whole thing sounds very much of one piece. The mix of guitars, vocals, traditional instruments, and chiptune synths is really fun and unexpected, and the energy level is high throughout. And speaking of unexpected, I too cracked up when I heard the lyrics near the end. You've got the technical parts of this down too. Playing and singing are strong, and the instruments sat well and played nicely with each other. Oh, and the bassline that starts at 3:06 grooves like 'Owner of a Lonely Heart'. Love it!'

Mirror: Songs Of The Maidens Downloadable

Lyrical work here is especially worth noting, as there's attention to word choice and variation that shows refinement and consideration, even if the tone is lighter hearted. Awesome stuff, very well-conceived and executed, and imaginative and humorful to boot.

Mirror: Songs Of The Maidens Downloads