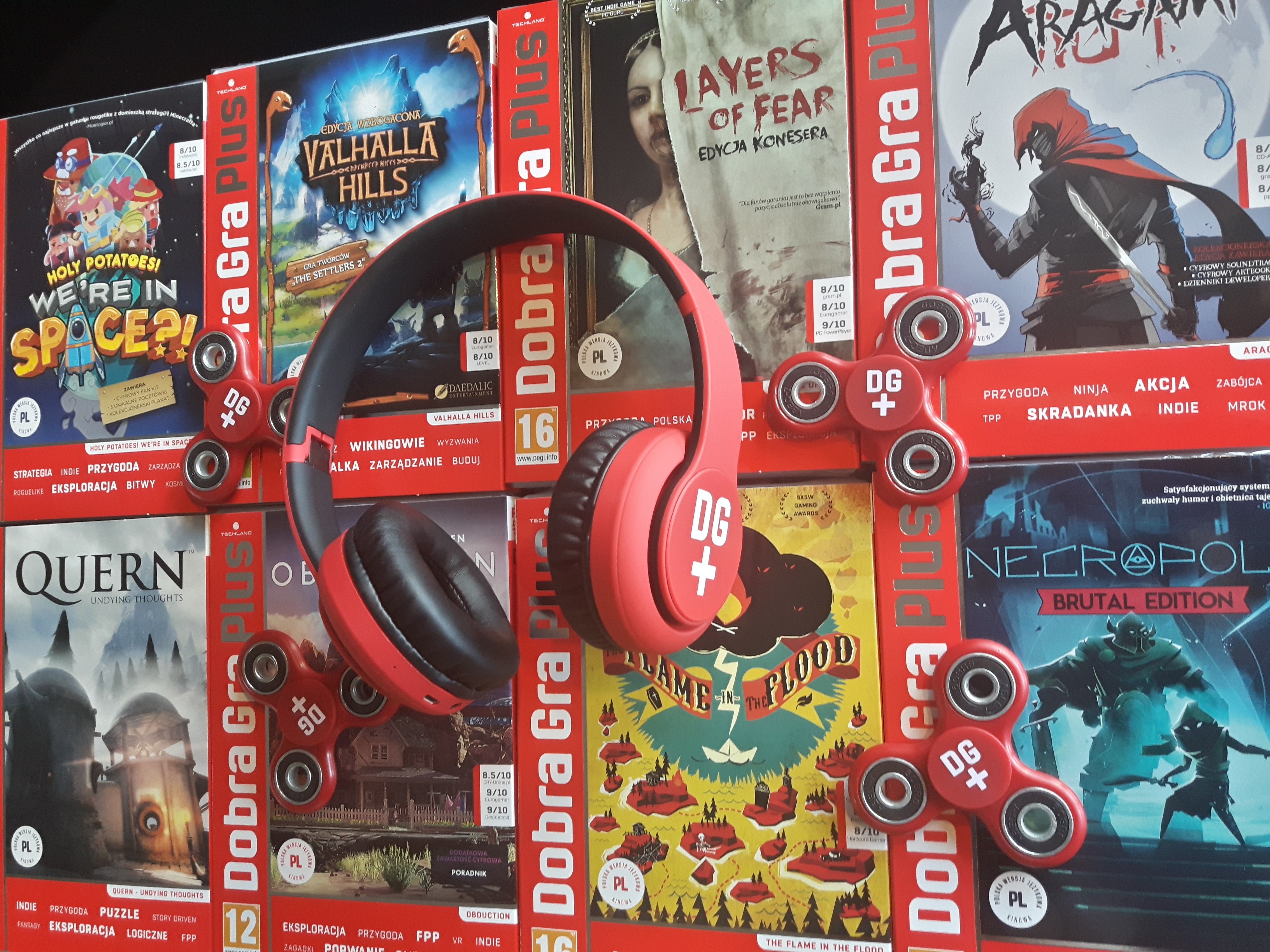 Welcome cosmonauts, to the perilous and patulous potato universe of Holy Potatoes! We’re in Space?! - A game where you manage your own spaceship while hurtling through a spud filled universe!

Play as Cassie and Fay, two spudette sisters who are out exploring the universe in search of their grandfather Jiji, who has been incarcerated by the evil federation, The Eclipse. 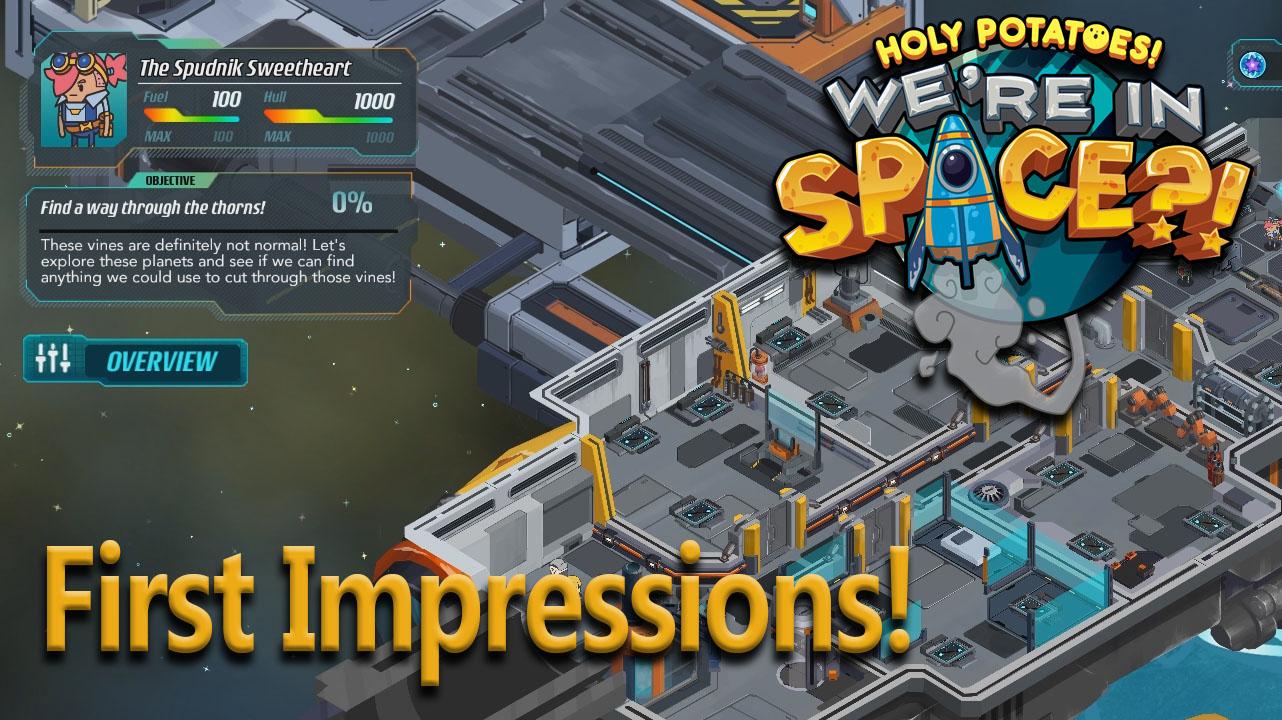 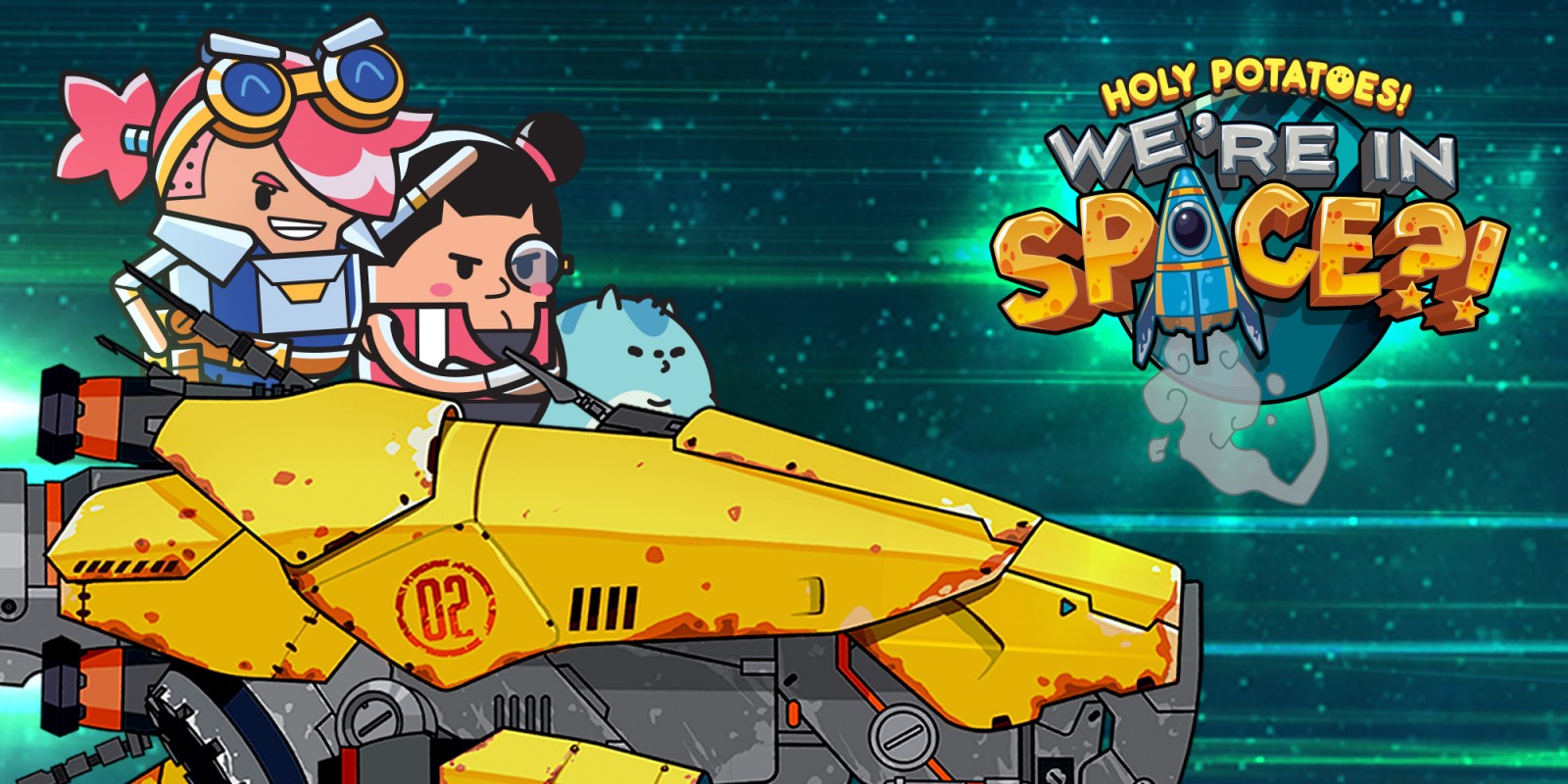 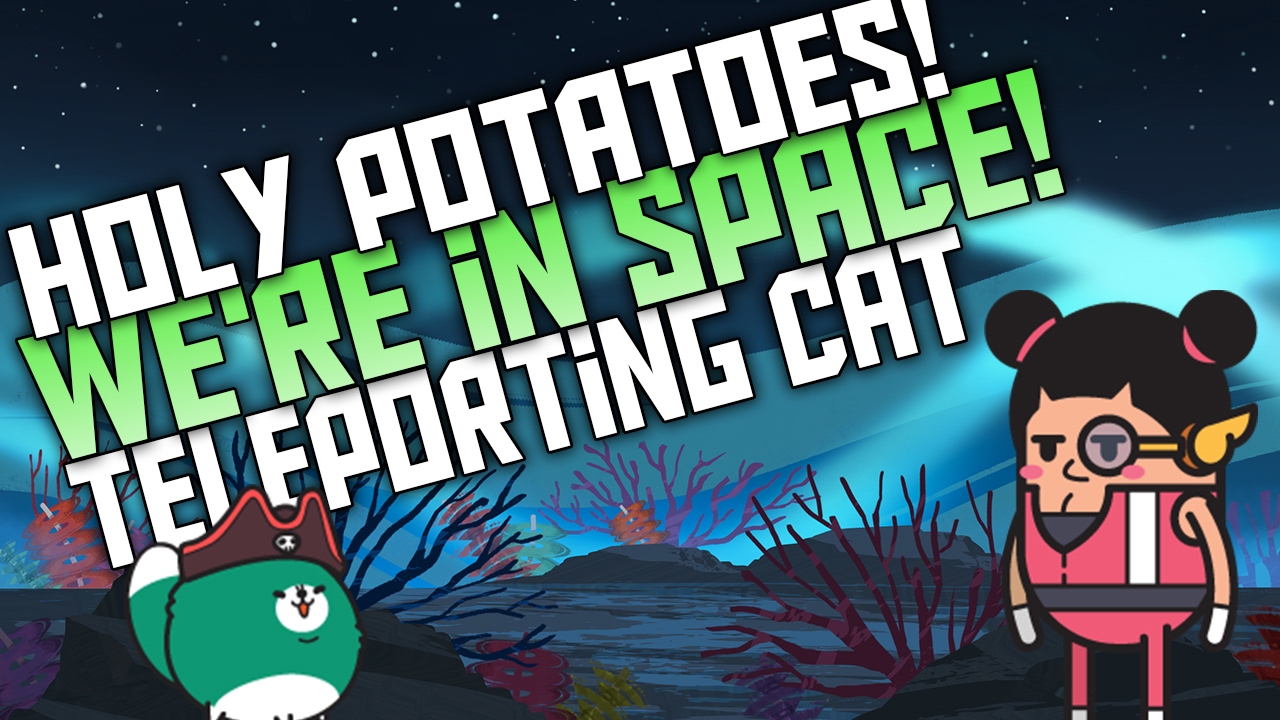 Craft hundreds of weapons for your spaceship!

Craft missile, shrapnel, wave, laser, and railgun type weapons! Explore the universe and unearth the weapon components to aid you in crafting these weapons!

Hire engineers to become part of your crew!

Engineers are your spaceship’s lifeline. Train them to increase their skill, get them to research powerful technology, and craft weapons for you ship!

Explore dozens of planets and galaxies, or why not explore the whole universe!

Take your ship out to explore hundreds of procedurally generated planets!

Gather resources to upgrade your spaceships and craft weapons!

Encounter all sorts of space races such as potatoes, yams, tofu, ginger, and a spud-load more!

Battle the toughest and most unique bosses the universe has to offer!

Behind the Spud: Holy Potatoes! We’re in Space?!

Welcome one, welcome all!

We have recently started the production of a Holy Potatoes! A Weapon Shop?! sci-fi and space themed sequel! As such, we are going to start posting weekly development updates on the progress we are making with our newest game. In the meantime, we decided to take you guys along for the ride so you can follow our progress!

The idea of a sequel has been bouncing around the office for a few months now, and as of the start of the new year we finally began the production process. In saying this, let us begin by going through what we have so far and what the new game is all about! This post will only discuss the main features of the game as production has only recently started, but subsequent posts will contain all the nitty gritty details of the new title:

Holy Potatoes! We’re in Space?! is a space/sci-fi themed game where you will manage a spaceship and explore hundreds of planets within a number of sectors of the universe. On these planets, you will be able to mine for resources and scour for blueprints to craft mining and combat weapons for your spaceship! When exploring planets, you will also encounter enemy ships which will engage you in galactic space battles! Lastly, you will also be confronted with boss battles that will test your strategic cosmic fighting abilities!

Speaking of the battle system, our plan is to have turn-based encounters. The spaceships will be equipped with a number of weapon slots, and during each turn you get to decide which weapon you wish to fire! We are also planning on implementing a feature where you can charge up weapon attacks and unleash an epic bombardment from all your weapons at once, should you wish to do a huge amount of damage in one fell swoop!

Every spaceship needs a crew, so why not hire the best engineers the galaxy has to offer! We will have a few dozen engineers you will be able to recruit that will carry out specific roles in your spaceship. For instance, some engineers will man the combat and mining weapons, others will be in charge of crafting, and a couple will take care of the engine room. All engineers will be able to learn special skills that will affect the weapons they are handling or roles they are carrying out. With that being said, we haven’t forgotten that a spaceship needs a captain, which of course will be YOU!

Holy Potatoes! We’re in Space?! will, without a doubt, continue to be based in a potato universe filled with spuds, puns, and references! Only this time around, we will have a whole myriad of races to go along with the veggie themed adventure. To name a few, intergalactic carrots, cosmic cauliflowers, evil onions, broccoli, and cucumbers may all make an appearance in the new title!

Galactic Veggies. Aren’t they the CUTEST!

Lastly, you will be able to craft weapons using blueprints, as well as construct different rooms for your spaceship. These rooms will serve unique purposes, such as an infirmary to heal wounded engineers, an engine room to manage your spaceship’s fuel and engine, a navigation room for your captain, and a refinery to refine ores and craft weapons out of the materials you have gathered from exploring planets!

As of now, the features mentioned in this post are pretty much all the main features that the game will revolve around. There are more features in the works and a ton of smaller details that will be added to the game. For now, take everything with an itty-bitty grain of salt, as some features will most likely change, others may vanish, and new ones will definitely be added. We would be more than happy to hear what you guys have to say and if you have any nifty ideas up your sleeves of what could be implemented into the game!

Thank you for taking the time to read through our very first developer diary!

Follow us and anything Holy Potatoes! with the following links!

The Holy Potatoes! subreddit is a little lacking right now, but we are hoping with the developer diaries and the sequel coming along that we can continue to grow the community over there and get some discussions going!