Jul 14, 2020 Dance is a continuous emote invoked using the /dance or /dancenew chat command or by using the respective localized version for your language. Each gender of each profession has their own dance. Also a disguise, form, or tonic can temporarily change your dance. /dancenew is only available as Assassin, Ritualist, Dervish and Paragon. Download the Guild Wars 2 client to play for free today! The GW2 installer is available for both Windows PC & Apple Mac in 32-bit & 64-bit versions.

As we get closer to the release of Heart of Thorns, testing has picked up and pre-purchasers of the expansion have finally been able to get a sneak peek of what they invested in advance for. Guild Wars 2’s upcoming expansion brings a lot to the table. This time around however, ArenaNet didn’t add a lot of new content to the beta, so instead I decided to focus on some of the profession specializations of the existing classes.

The goal for specializations is to bring something new to the table. To fundamentally change, or offer a very different playstyle, than the profession currently provides. For example, the Necromancer profession is well known for their debuff manipulations and the ability to summon minions to aid them in battle. Currently they lack group utility, as the majority of their abilities only benefit the player and they are unable to sufficiently support their allies. This leads to Necromancers being the redheaded stepchild in party situations that require a fair bit of high level play and party synergy in order to power through encounters as quickly as possible. Pet AI is somewhat suspect at times and they have no real way of synergizing with party/ally combos. Although some of these issues were addressed in recent game updates, they are still unsuited for group play outside of playing a special role in a select few game types.

At face value, the Reaper specialization attempts to solve their lack of party-supporting combat roles by offering a playstyle that allows the Necromancer get up close and personal. The only melee oriented builds the Necromancer has are Dagger or Death Shroud builds. Both suffer from somewhat weak DPS and the inability to effectively hit more than 3 enemies at a time, whereas the Reaper is designed around being a true menace on the battlefield. To be able to dish out damage as well as receive it. Selecting the Reaper specialization as a trait line allows the Necromancer to equip a Greatsword, their first weapon allowing them to hit more than two enemies. This is fantastic as it allows them to cleave multiple opponents, as well as take advantage of hitting bosses a number of times with a swing by being able to reach multiple hitboxes. Additionally, Death Shroud is tweaked to enhance being in melee range. Dubbed Reaper Shroud, it provides an empowered version of what the Reaper is. They also gain access to shouts, previously a Warrior-only skill line. Shouts enable the Reaper to perform short range area-of-effect abilities that debuff enemies and buff themselves.

During my play session, the Reaper performed the way it was billed by the developers: using a Greatsword as a Necromancer, the animations deliberately slow and packing a punch with each hit. Each auto attack felt that it had weight behind it. Skills used with the Greatsword felt deliberately slow and powerful. For example, the Gravedigger skill is an AoE ability that has a small windup, you bring your sword back in an attempt to make a huge swing and when it goes off, the animation is very quick, showing just how much power the player character built up to perform that ability. The skill itself hits relatively hard, and it has a special passive ability, whereas if you use it on a low health target the recharge on the skill is significantly reduced, allowing you to use it more often on those types of targets. This particular aspect of the Reaper, I felt, was very well done.

Additionally, when I went into Reaper Shroud, I felt like a souped up version of myself. My attacks were faster, I gained a nifty slightly wonky gap closer, as well as a pretty awesome AoE ability. Executioner’s Scythe stuns a target in ice for a short duration and will additionally do more damage the lower the health is on the foe in question. That awesome AoE ability I mentioned earlier is called Soul Spiral. It’s a channeled, point blank AoE ability that deals massive amounts of damage as well as poisons all foes it hits. Throughout my time with the Reaper, I felt Reaper Shroud was an amazing iteration of an existing profession-only ability that accentuates the idea of a powerful melee attacker. Jumping into a fight, debuffing my enemy with two of my Greatsword skills and then jumping into Reaper Shroud and performing Soul Spiral, then follow it up with Executioner’s Scythe for a quick stun and going to town with my auto attack was a joy to do over and over again. Especially since I specialized my Necromancer to build Might, increasing the power of my melee attacks and applying vulnerability, decreasing the ability to mitigate damage to the targeted enemy with each swing of my auto attack. I truly felt like a juggernaut while using Reaper Shroud.

On the flip side, there are some aspects of the specialization that I felt weren’t being used to their full potential. Their class of shout abilities felt underwhelming with the exception of one. When used, Rise summons Jagged Horrors for each enemy struck. Unfortunately, these minions do not do direct damage, instead they apply stacks of the bleeding condition per melee attack. This specialization doesn’t synergize well with bleeding and the damage it does is minimal. I feel this shout in particular did not have a real use in any situation. Alternatively, the “You Are All Weaklings” skill provided a decent power boost while debuffing the surrounding enemies with weakness, causing attacks to hit for less damage as well as reducing endurance rate to dodge attacks. That was a skill I constantly used while completing events and tackling bosses.

Another thing I found frustrating was the lack of a dedicated gap closer. Sure, Death’s Charge in Reaper Shroud could be used as such but it traveled slowly and, depending on distance, it could pass right through an enemy and you would still need to make adjustments to reposition yourself. The specialization somewhat revolves around the chill condition and benefits in various ways if the enemy they are fighting is inflicted. Unfortunately, very few skills had this debuff available to them, and it was very tough to maintain by yourself, so I felt that some of the traits that were reliant on them went a bit under-utilized or weren’t worth taking over other skills that I could choose from.

Lastly, it still lacks in terms of group support as it carries the stigma of the Necromancer as a selfish profession. The boons it provides are for the player only and there is no way of spreading them to allies. It would be nice if I could help my allies a bit more. Overall though, I loved the feel of the Reaper, but I feel that it still has room to grow and improve before the expansion launches.

Thankfully, ArenaNet has heard all the feedback regarding the specialization and will implement changes moving forward. For example, they are increasing the damage of the Greatsword overall to compete with the already available Dagger, as well as receiving a number of quality of life changes including fixing and changing animations for a smoother experience and increasing life force gained through skills. Shouts are also being tweaked and improved. Cast times are down across the board and functionality has been improved to provide more substance when you are in a situation where you cannot hit a lot of enemies around you. They are tweaking a number of abilities and traits to improve chill condition application in order for the player to have an easier time maintaining it without help from allies. Positive changes so far, I hope they continue to monitor and improve the specialization. I’m still hoping they provide something that improves party functionality, or at least makes the profession wanted in group play. That aside I really enjoyed my time with the specialization and I can’t wait to play it again and see how it performs iteration after iteration. 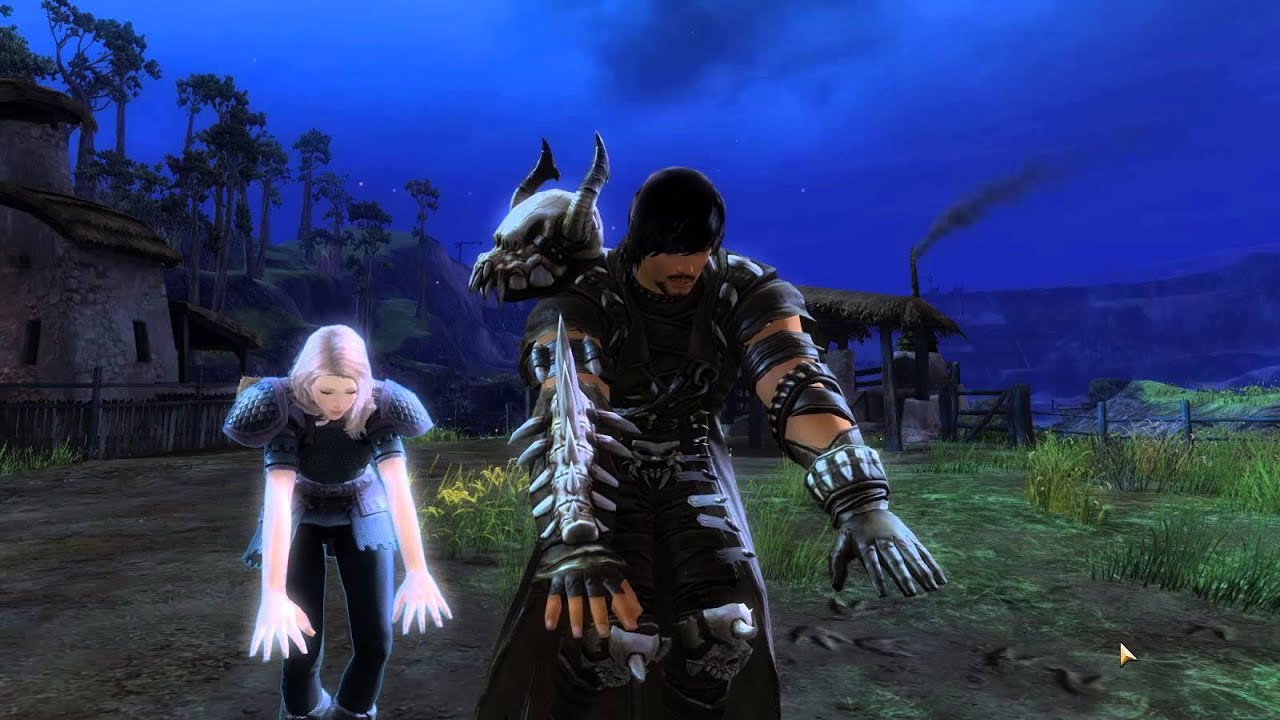 Blade Dancers, renowned for the beautiful style of their combat, rely on their endurance, skill, and cunning with melee weaponry, such as swords, knives, and maces to fight their enemies. While fighting in battle, the Blade Dancer can easily evade attacks while pummeling the enemy with swift, vicious attacks. Like Warriors, the Blade Dancer's attack skills require adrenaline to unleash a flurry of dance-like swings, plowing through any opposition.

Dance Mastery increases the effectiveness of defensive and offensive stances and healing skills.

Why this is a good idea

Why it may not work out

Blade Dancers, renown for the beautiful style of their combat, rely on their endurance, skill, and cunning with melee weaponry, such as spades, dual-wielded swords, and fans to fight their enemies. While fighting in battle, the Blade Dancer can easily evade attacks while pummeling the enemy with swift, vicious attacks. The Blade Dancer's attack skills require rehearsal to unleash a flurry of dance-like swings, plowing through any opposition.

OverviewBlade dancers wear the GW2 equivalent of 70 armor, They need a free range of motion that 80 armor probably wont allow. They are designed to play three roles, support/debuff, DPS, and off tank. They have three forms of defense, the small defense from their primary attribute, a low non stacking stance, and a stackable secondary stance from their weapon attribute. This makes their profession unique because most professions use just one stance, whereas this one will use, one for your leg position, one for your uper body, and one from your natural reflex.

Rehearsal is the backwards version of adrenaline. Blade Dancers are much like performers; they think of combat like they would a stage, and they prepare themselves for the fight as they would a show; rehearsal builds up before a fight, when the Blade Dancer is not using skills. In combat, as you continue to attack you either have to 'wing' the fight more and more for it to build back up, or let it recharge after a moment without using any rehearsal skills, much like energy. Blade dancers will only start with 25 rehearsal.

Many Blade Dancer skills, especially those that invigorate you and your allies, and throw off the opposing team, become more effective with higher Rhythm Mastery. 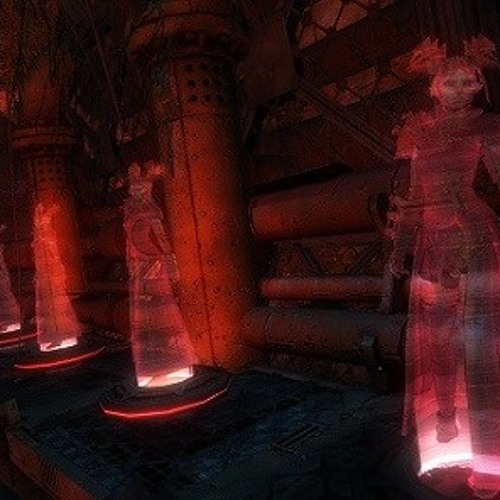 Why this is a good idea

Why it may not work out