The Colt 1873 Single Action Army', also known as Colt SAA, Frontier, or Peacemaker, is a revolver made by the United States in 1873 and used until the World War II.

The Colt model 1873 revolver, universally known as the Colt Single Action, Peacemaker, or Frontier, is one of the most popular and legendary small arms in USA. It is also one of the longest living production small arms, being produced for some 130 years and still popular. The Colt 1873 was actually developed by the 1872, based on the patents granted to Charles B. Richards (cartridge conversion of the open-top percussion Colt revolvers) and W. Mason (improved ejector). In 1873, US Army adopted this revolver along with its black powder centerfire cartridge of .45 caliber, and issued it to troops in 2 models. The Army / Cavalry model had a 7½ inch barrel, and the artillery model had 5½ barrel. Both were chambered in .45 Colt (also known as .45Long Colt or .45LC). For the civilian market, Colt also initially produced same gun in .44-40 WCF and .32-20WCF, later adding more modern chamberings like .38 S&W Special (.38Spl), .44 S&W Special (.44Spl), .357 Magnum, .22LR. Civilian guns also were available in various barrel lengths, varying from 4¾ and up to 12 inches. There also was a Bisley model, which appeared near the turn of the centuries. Colt Bisleys were intended as a target guns, and had hammers with wider and lower spurs, and a different grip frame.

popular demand for 'Wild West' era guns, raised by the TV and movie 'Western' films, Colt brought the Single Action back to production and still makes it. Other than Colt, several US and foreign companies also made more or less exact copies and clones of the legendary 'Peacemaker', for Cowboy action shooting, hunting, general plinking and collecting.

So called 'First generation' Colts were made from 1873 and until 1941. These guns can be recognized by the serial numbers below 357860 and with no letters. With the re-introduction of this gun by Colt in the 1956, the 'Second generation' of the SAA came into existence. The second generation guns have serial numbers in the range from 0001SA to 73319SA. Production of the second generation SAA revolvers was ceased in 1974, but, in the 1976, with the introduction of newer machinery and production techniques, Colt brought the SAA back in the 'Third generation'. Third Generation Colt Single Action Armies have been originally offered in .45 Colt, .44 Special, .44-40 and .357 Magnum. By the 1981, Colt dropped the SAA out of production again, and for some time the legendary 'Peacemakers' were available only as an expensive custom shop offerings. At the present time, Colt again offers these guns as regular products, in the .45LC, .357Mag and .44-40, and in all standard barrel lengths.

the Colt M1873 is a single action, six shot, solid frame revolver (as opposed to the earlier 'open top' Colts or 'hinged frame' S&W's). The frame actually is made from 2 parts, the cylinder frame, and the grip frame with the triggerguard, which are assembled by set of screws. The cylinder is loaded by single rounds, via side-swinging loading gate, located at the right side of the frame. Empty cases are ejected one by one, through the opened loading gate, by pulling back on the ejector rod, located under the barrel and to the right. The gun can be loaded and unloaded only when the hammer is set to half-cock position. Cylinder can be removed for cleaning and inspection by unscrewing the base pin screw, and then by pulling out the base pin (cylinder axis) forward and out of the frame.

Since this handgun has no special drop-proof safeties, it is strongly recommended that it should be carried with the empty chamber under the hammer (with only 5 rounds loaded). To achieve that, use the following loading procedure: Starting with the empty cylinder, load one chamber; skip one; load remaining four chambers. Now you got loaded gun that can be carried reasonably safely (when not cocked, of cause). Most versions of SAA had fixed sights. Grip panels could be wooden, rubber or ivory

These guns carried a varied number of names, from 1873 for the year it was introduced. The Peacemaker was another name used by the old west community. Single Action Army was what the military used when the guns were issued to the cavalry. The factory even today uses model designations of the alphabet & this model was the 'P'.

Calibers & Configurations :The .45 Colt chambering was by far the most popular, accounting for nearly half of the pre-WWII SAA's. The 'Winchester Centerfire' calibers – .44 WCF (44-40), .38 WCF (38-40), and .32 WCF (32-20) placed 2nd, 3rd and 4th in popularity; doubtless in part due to the fact that paired with an 1873 or 1892 Winchester they allowed the usage of the same cartridge in both rifle and revolver, simplifying supply logistics. The obsolete .41 Colt was the only other caliber produced in significant quantity, although a number of other chamberings were available on special order. Other calibers as 38 Special and 44 Special were among those included. Standard barrel lengths were 7-1/2', 5-1/2', and 4-3/4', with others available on special order.

Special guns made without ejector rods or housings were called 'Sheriff's Models' or 'Storekeepers Models', and often had shorter than standard barrels. The SAA was used by the US military from it's introduction through the Spanish American War and Philippine insurrection. The original 7-1/2' barrel martial version is called the 'Cavalry Model' by collectors. Many military SAA's were refurbished by Springfield Armory or Colt for reissue with a shorter 5-1/2' barrel, and these are called 'Artillery Models' today. The Bisley model was introduced in the 1890's, and featured a redesigned grip and hammer.

Later in the 3rd generation series the New Frontier was introduced with a more squarer top strap of the frame for accommodation of adjustable rear sights plus a ramped base and front sight.

Barrels :The threads on the 1st and 2nd generation guns used a 20 thread per inch threads. On the later 3rd generation the barrel threads were changed to a finer pitch.

Cylinders :Also the cylinder ratchets were made differently, thus requiring other component parts that mate to and function with the cylinder to be also altered. The new cylinder eliminated the integral base pin bushing. When we refer to Old Style or New Style, we are actually meaning the Old Style as being either the 1st or 2nd generation, while the New Style as the 3rd generation.

Bolts / Cylinder Stops : The technical factory name for these parts is a 'Bolt' or probably a locking bolt. Many non gunsmithing persons call them a cylinder stop. This part was used unchanged until 1976 when the 3rd generation version was brought out. The original part number was #50976. After the change the part number was not changed, but the configuration of the part did. It was simply designated the 'Old Style' or the 'New Style'.

Listed below are the various styles encountered. Those of you who are trying to find a replacement part for the aftermarket 'Clones' may well have to take the firearm in question apart and compare the broken part with these CAD drawings of the Colt SAA. The Old Style and New Style are exact replacements for the Colt firearm.

The Modified Style was a composite of both including the thicker rear bottom of the NS plus the extended tail of the OS and was designed to fit about any model out there, whether it be a clone or a worn Colt. These Modified Styles cylinder stops WILL HAVE to be fitted to each gun. As far as we know, Wisner's Inc. are the only ones making this specific modified interchangeable part which should be able to be fitted to the clones. This modified version is made with the bottom section below the pivot hole thicker like the New Style, but with the tail shape and length of the Old Style and then the tail is lengthened by about .020. This configuration will fit most all the clones and of course even some of the worn old original SAAs.

These bolts are made in a standard thickness of .152. Wisner's Inc. also makes an oversize thickness of .160 to be used on old worn cylinder locking notches.

All of these parts need to be hand fitted to the individual firearm. They are not just a drop in part, even the factory replacement parts were not. The RH tail need not be fitted, other than stoning the back side to allow it to function smoothly. The inner (LH) tail end needs to be fit to the hammer stud so it is timed to slide off the stud's angle as the hammer is cocked, just as the cylinder is rotated with the locking notch in line with the bolt at the full cocking motion of the hammer. Before all this can take place, the hammer has to have proper sear notches, the stud has to be correct for timing. The trigger also needs to be in good shape to mate with the hammer notch for proper timing. Also the cylinder base pin and bushing need to be fitted so not excess slop is there for endshake looseness.

Hands : The hands were also changed at the 3rd generation as shown below.

Sear & Bolt Spring : The sear and bolt spring is as flat, dual tailed spring held in place by one screw. It places tension on both the trigger and the bolt. The original thickness of this spring is .045. Aftermarket springs of a medium strength are made in .035 while a light weight version is made in .025. The .035 would be the common one used to lighten up the average shooter firearm. 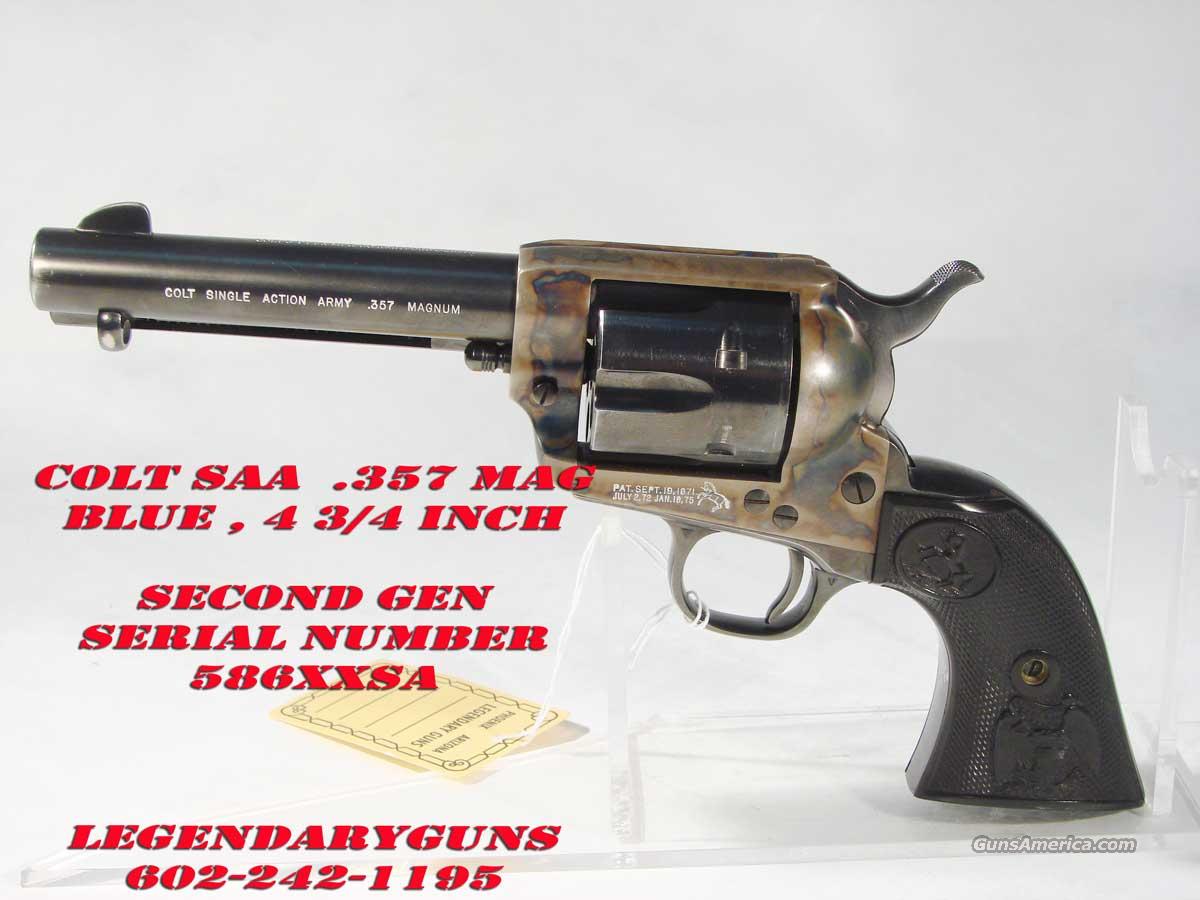 Mainspring :The mainspring is a flat arched leaf spring that has a slight groove on the upper forward end for the hammer roller to ride in. This groove also keeps the mainspring centered in the frame so it does not shift sideways, allowing binding. The original material was .062 thick and machined to a taper (top to bottom) to make it like a buggy whip for the 1st and 2nd generation guns. The 3rd generation saw the same spring, but no taper, making it a heavier pull on the hammer.

Replacement mainsprings are usually made slightly long so they can be fitted to about any version, even the many copies or clones. If they are NOT properly fitted for these longer springs, when the hammer is pulled to the rear to full cock, the front tip section may bind in the inner arc of the hammer which will create a stiff resistance right at let-off, because it is being stopped by the mainspring front. This situation makes for a hard cocking firearm PLUS it can very well break the tip off the mainspring. 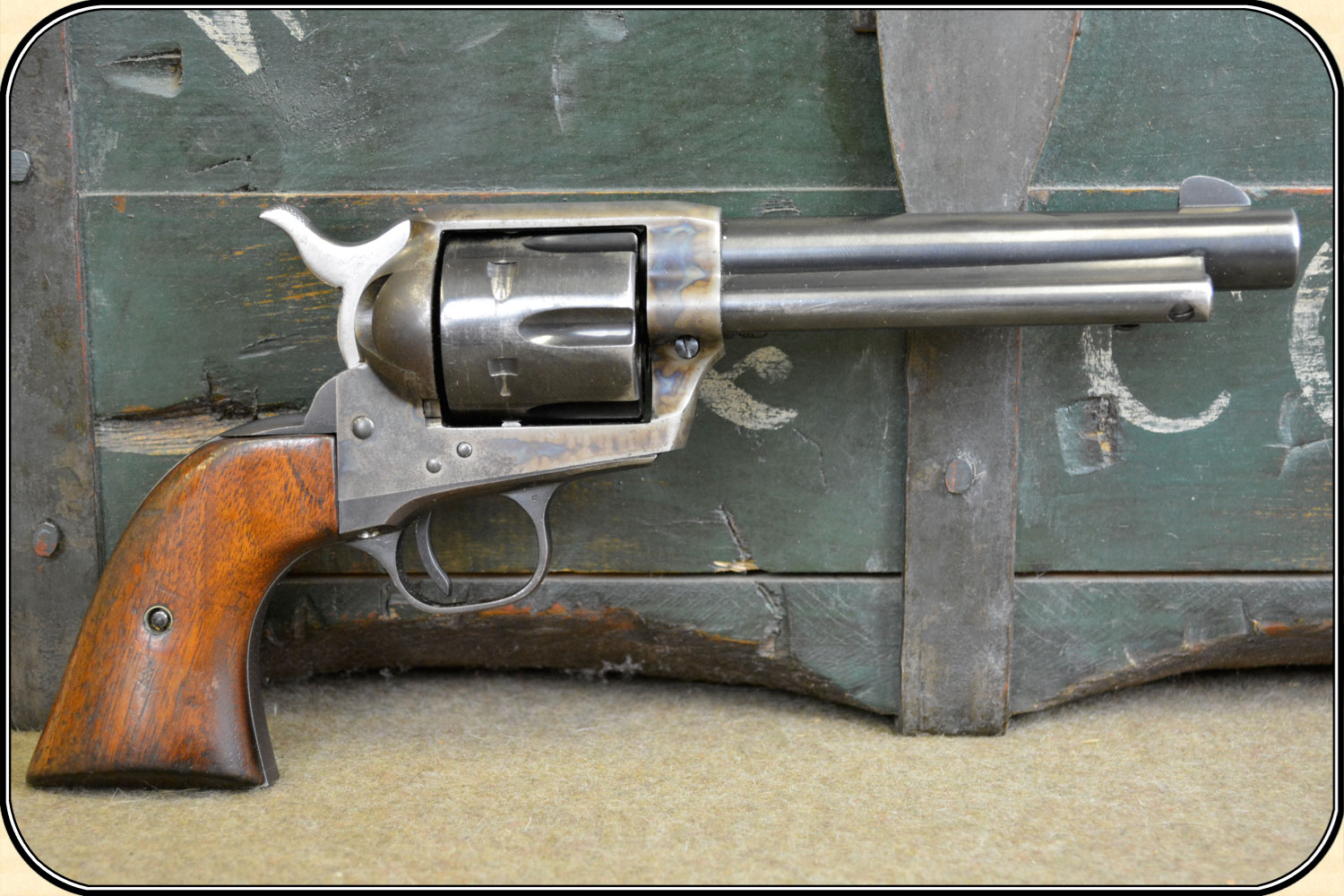 Back to the Main Ramblings Page 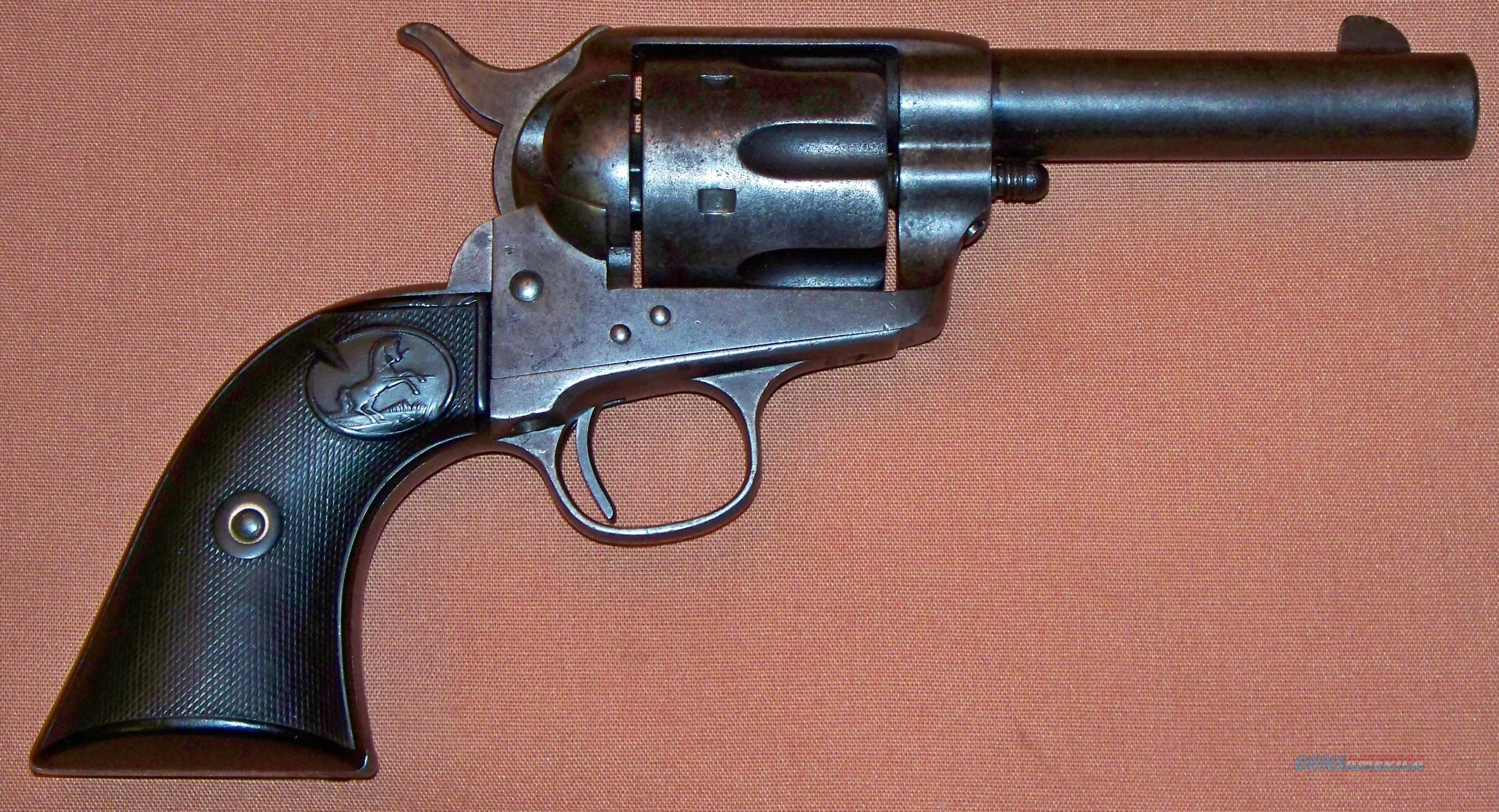