To create an Online Profile in Anno 1404: Venice, follow the steps below:
1. Start Anno 1404: Venice via the desktop shortcut.
2. If this is your first starting game, you will be prompted to create an Offline Profile.
3. It is important that you use your legacy username when creating an Online Profile.
A legacy username is the username you chose when creating your Ubisoft account. You can find it on the Account Information page under your current username, provided that your current username is not the same as on creation.
To confirm the entered username, click on the check mark to continue to the main menu.
4. Please select Player profile in the main menu to open the profile management menu.
Here, you can make changes to your profiles, like changing the crest or player-colour.
Your achievements in the game are also visible here.

By selecting the option Profile management on the right, you can continue with the Online Profile creation.
5. You should see your available profiles on the right side of the screen. In our example, there is only the current Offline Profile with the name ANNOnymous.
6.On the bottom of this screen you have option Create online profile, click on it to begin the profile creation.

You will have to enter a username and a password, which have to be identical with the legacy username and password of your Ubisoft Account.
The Online Profile does not allow special characters. Should your current password contain special characters, we would recommend changing your password, to avoid any errors.
After confirming the login details Anno 1404: Venice will now connect to the Ubisoft servers to validate your username and password. On successful validation you can name your Online Profile and confirm with OK. 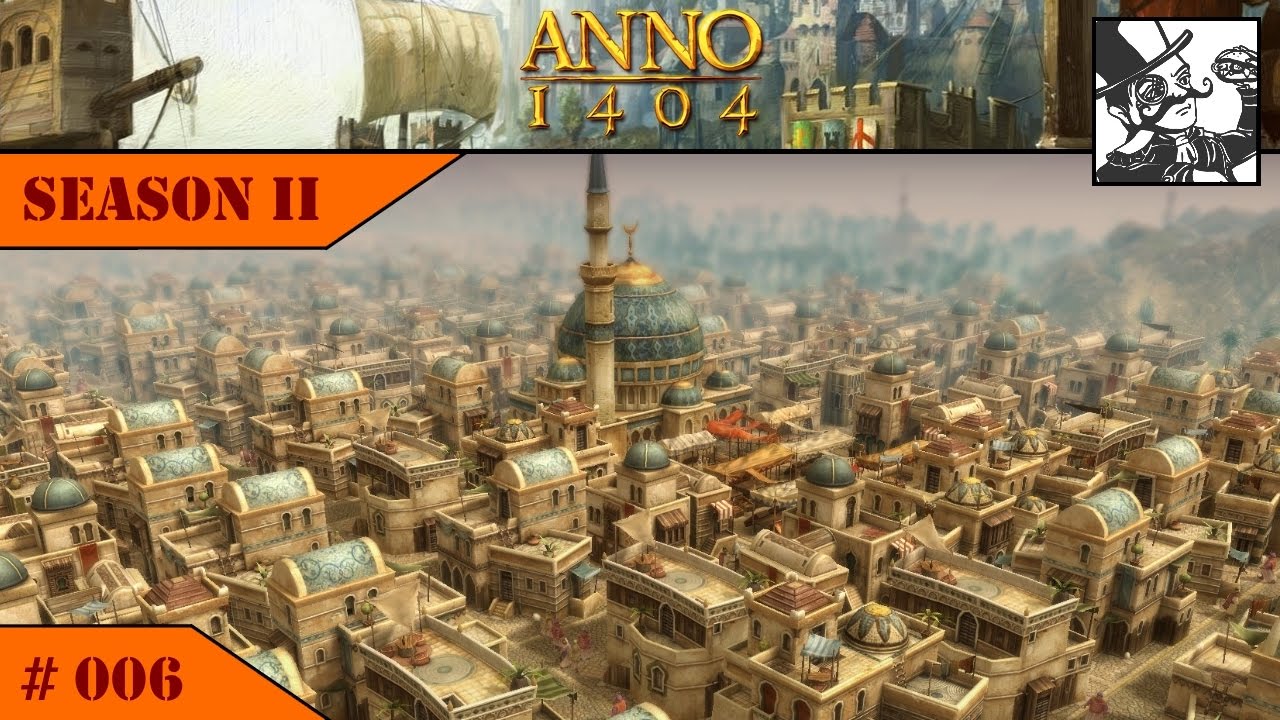 You can distinguish Online and Offline profiles as follows
An Offline Profile will only be shown with the name chosen on creation e.g. ANNOnymous
The Online Profile will show the chosen name as well as the legacy username e.g. ANNOnymous (Online - ExampleAccount)
The creation of the Online Profile is now completed and it should be shown on the right side of the screen below your Offline Profile.
7. If you want to play an Online match, please use the ESC-key to return to the main menu of Anno 1404: Venice. Here, the Multiplayer - Internet option should now be available.
8. At this point you have to enter your activation key, which will bind the key to the account. This has to be done on the first time.
You should be able to find the installation key code on the front of your Anno 1404: Venice
manual. If you have bought Anno 1404: Venice via our Ubisoft Store, you'll have to check in Uplay PC for the key. 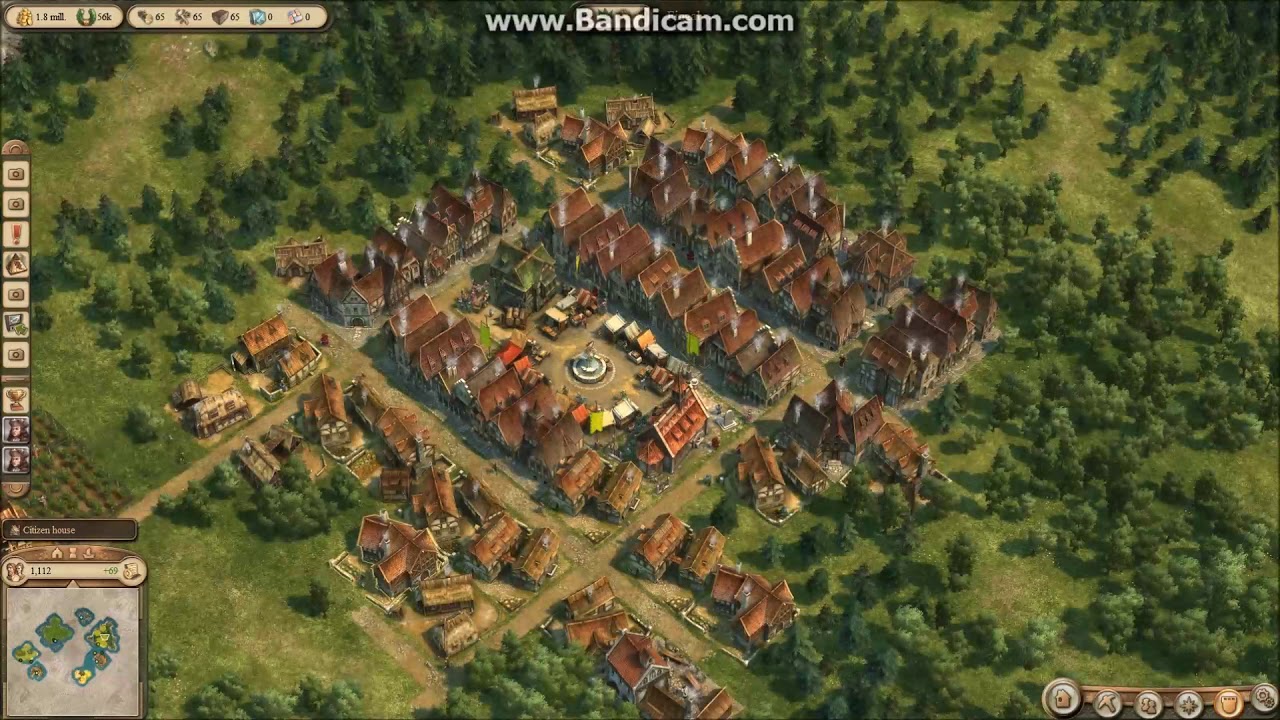 10. Your Online profile is now active and should allow you to join Online matches. 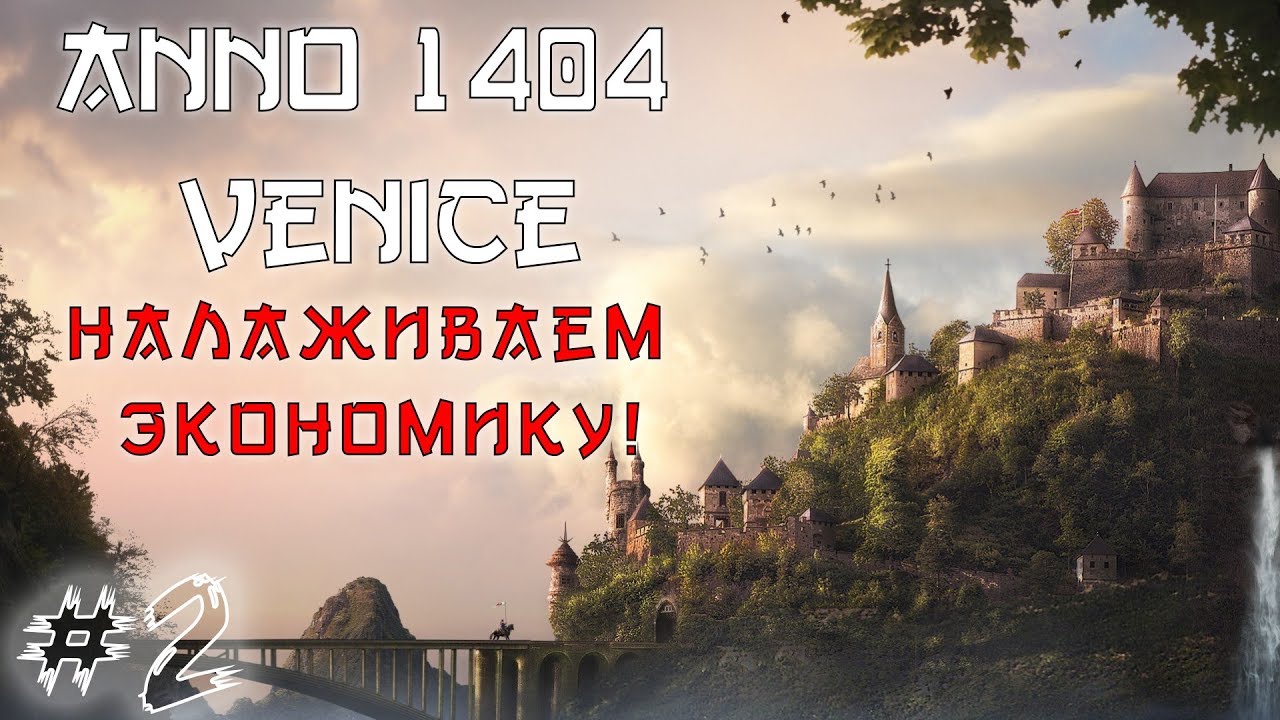 If you need assistance with these steps or if you have any other questions, feel free to get in touch!
Anno is quite enjoyable if you are looking for a game with greater emphasis on building a thriving society through co-operation rather than through conflict.

While this industry has its fair-share of combat centric real-time strategy games, there is a certain dearth of games in which a successful conquest can be achieved through commerce and diplomacy alone. A relatively unknown German publisher regularly released games in the Anno series which set in pre-industrial era of European settlers and colonisers. The central objective of these games is to discover suitable land to setup a colony and secure indigenous resources. In 2007, the German publisher Sunflowers was acquired by Ubisoft and fortunately the series has endured under its new owners. The latest in the series is an expansion pack to Anno 1404 called Anno 1404: Venice.
The Original Campaign

The game takes place during the period when European settlers first encountered post-Islamic Arabia. The player takes on the role of one such settler under the command of His Majesty, the King of England. Along with developing a thriving English colony, you are also tasked with establishing settlements in the Orient through diplomatic relation with the Sultan’s Grand Vizier.

Establishing a colony starts with locating a suitable island and providing the colonists with access to basic things like food, culture and religion. As your settlements grow, the inhabitants rise in social stature and along with that grows the demand for more goods and services. Some of these resources are exclusively available on the southern islands of the Orient, so establishing diplomatic ties with the Sultanate becomes essential early on in a campaign. To measure the level of diplomatic relationship, the game employs an honour system. Honour is earned by completing quests that vary from simple fetching missions to engaging in battle with enemy ships or exploration of unknown regions. Moving up the ranks of diplomatic relationship gives the player access to more advanced Oriental technology that eventually helps in advancing the English colonies up-north.

To ensure that you have a thriving and sustainable colony, it is important to keep a keen eye on your coffers. The two major means of income in the game are taxation and commerce. More affluent classes of the society will generate greater income through taxation; however, the goods and services they demand can be fairly expensive. So the key to a successful economy is to offset the cost of building and maintaining industries through taxation and trade. Trading takes place between your colonies and the neutral and friendly players on the world map. High-yield from trade can be ensured by quickly claiming islands with the potential to produce wide variety of goods and raw materials. Once the industries are in place, trading ships are used to distribute the goods among all the colonies. The trade routes however, are often plagued by attacks from pirates (Corsairs), who can be quite aggressive depending on the level of difficulty. This adds an almost constant element of violent conflict during your campaigns, since establishing trade agreement with the Corsairs is not as simple as it is with the other powers.
The New World

Besides trading in goods and commodities, the player can also purchase upgrades to existing technologies—for instance you can spend honour points for a set of technologies that increase the strength of the naval fleet.

So, while Anno at its core is a city building game, there are lots of other features that make it a more wholesome experience. There are two game modes in Anno—scenarios and continuous play. Scenarios are story-based missions where the player needs to complete a set of quests in order to complete a scenario’s ultimate objective. These scenarios vary in difficulty and may have specific emphasis on exploration, combat or diplomacy.

The Continuous Game mode is brilliant in the way it allows customization of a game. Before starting a game in this mode, the player can tweak almost every aspect of the game, which means that one can effectively create custom scenarios. In addition to these two game modes, the expansion pack Venice also adds multiplayer over Internet and over LAN.

The expansion pack also introduces another European power—the Italians—and with it, the game adds espionage and the City Council. These two are more “peaceful” ways of taking over another player’s city. Using espionage, you can place spies in other cities and have them carry out sabotage of key city building or incite civil unrest. This reduces the opposing player’s control over the city and you can then move in to claim it for the final blow.

Once your settlement has reached a level where it can support the Patrician class, the game automatically adds the City Council to a city’s main harbour. There are a handful of seats on the City Council and as you buy more seats, your control and influence over a city increases. If a player has a majority of seats in an opposing player’s City Council, that player can get the Key to the City. This means that the city is now completely under that player’s control.
Shiny Ones

Reaching certain milestone during any mode of the game rewards the player with points that be used to unlock access to special buildings. Earning enough of these un-lockables gives you access to various titles and even your own Coat of Arms that you can flaunt during multiplayer sessions. In addition, there are also a bunch of achievements that are rewarded with bonus points.
Compared to some of the more popular RTS settings like Warhammer, C&C and Starcraft; Anno moves along at a much slower pace and effectively requires more patience. A single scenario can run into several hours; while Continuous Games can run infinitely. Those who are keen on city-building strategy games may find Anno quite addictive and immersive; often indulging in sessions that last a few hours at a stretch. And those who prefer frantic, combat oriented strategy games may find Anno to be dull and tedious, chugging along at a sluggish pace.